Based in Radcliffe, Bury, Molygran is a leading converter and supplier of expanded polystyrene specialising in packaging, building products and display items. Its innovative design and precision tooling mean it is capable of creating a wide range of bespoke and unusual shapes, from clouds to 3D model figures.

Molygran has received ongoing support from the Hub since 2014. The resource efficiency team has helped to minimise waste and energy consumption. Over the years, the business has made several key improvements to its building and production process, including new equipment that reduces and compacts offcuts, and energy efficient upgrades to lighting and heating. Collectively, the improvements are saving thousands of pounds a year. 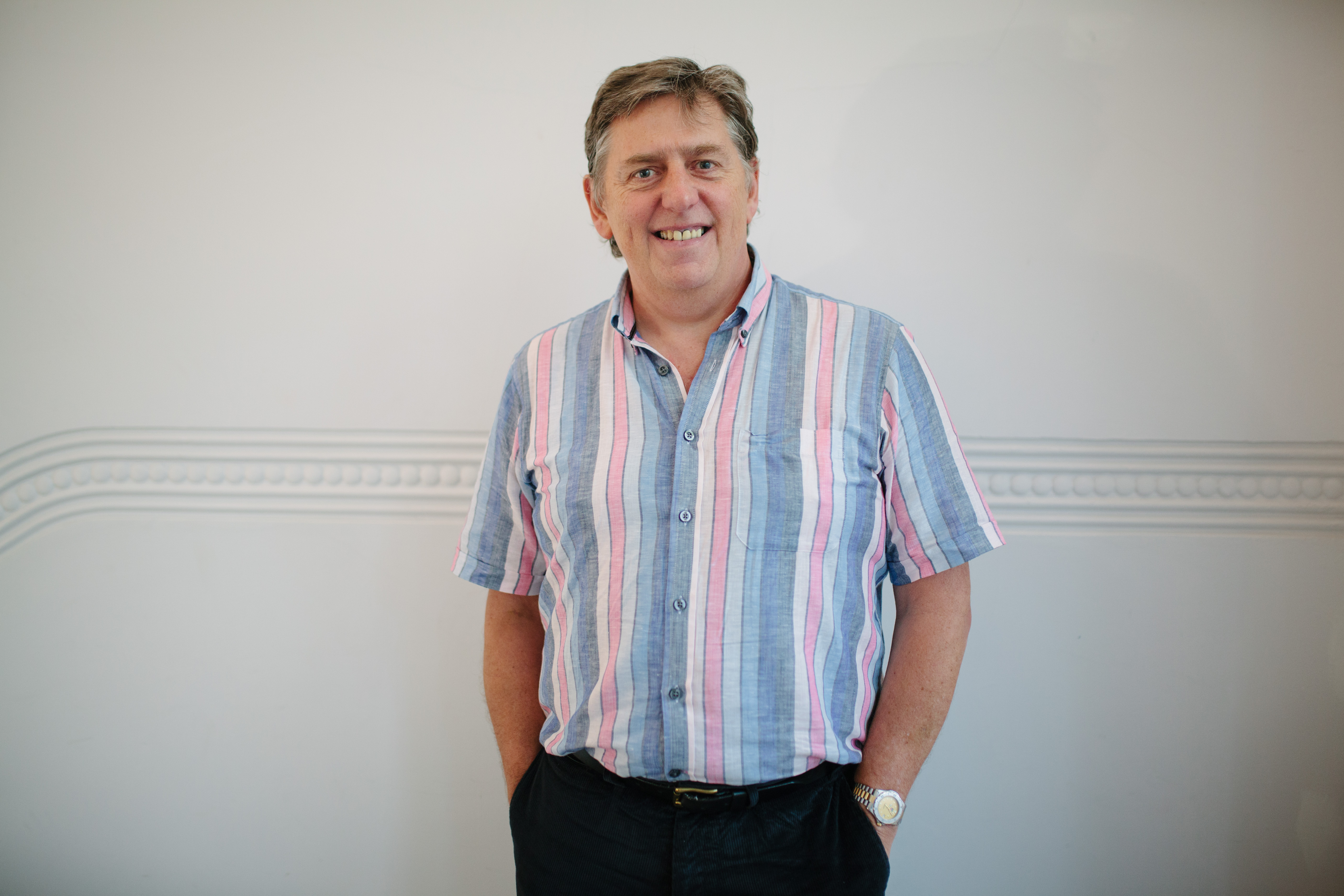 We’ve effectively had multiple strands of support going at the same time, from resource efficiency and manufacturing advice to support around our factory expansion, marketing, website and other areas, all of which have had a massive impact on the business.

Your resource efficiency journey has been unfolding over several years. Which improvements have made the biggest impact?

When our Environmental Business Advisor, Claire Scott, came in to do her first resource efficiency audit in 2014, we looked at all sorts of things around the building, such as old lighting and heating systems which plainly weren’t efficient. But one of the questions I wasn’t expecting Claire to ask me was what proportion of the polystyrene we buy actually ended up as offcuts.

We take large pieces of polystyrene, cut shapes out of it and the bits that we cut away are a by-product that we have to dispose of and sell on. We’d never tried to calculate how much ended up as offcuts before. When I did the calculations, I was shocked to find that it was sometimes up to 50 per cent of what we were buying. It immediately became by far the most important thing for us to concentrate on.

We now order what we’re making so that we use a lot more of each piece of polystyrene than we were previously. Another thing we changed was to purchase a ‘scooping’ machine that allows us to scoop hollowed out shapes and recover material that would previously have been scrapped. On one product we make, it recovers 17 per cent more material, as well as being 17 per cent faster and freeing up bottleneck machines for different tasks. It’s taken out costs everywhere.

As a result of the changes we’ve made, we’ve been able to increase the weight of polystyrene we buy as we grow, without increasing the weight we’re having to scrap.

You also invested in a compactor machine. What difference did that make?

Before we bought our compactor, the offcuts we sold on were simply packed into plastic bags. We were able to fit between one and three tonnes of these bags onto a lorry. The compactor squeezes all of the air out of the polystyrene, to the point where we can now get 11 or 12 tonnes onto one lorry. So that’s a huge cost saving for us, and it means a tenth as much diesel is being used, so there’s a big environmental benefit as well.

At the same time, there’s now much more space in the factory and the compacted polystyrene is also a much more saleable product, so it’s another example of removing costs everywhere in one go. We’re now in the process of buying a new compactor, which will make the process even more efficient.

What about the energy saving measures that you first looked at in 2014?

When we expanded our factory in 2017, it was the perfect opportunity to implement the lighting and heating upgrades that were originally identified in our first resource efficiency audit. We replaced all the lighting in the office and factory with LEDs and upgraded our office heating with a more efficient gas boiler.

The factory itself was heated by an incredibly inefficient oil burner, which we upgraded later in 2019 with the support of an Energy Efficiency Grant from the Hub. The grant allowed us to combine high efficiency gas heaters with heat activated ceiling fans, which prevent warm air accumulating in the roof space. This has significantly reduced our energy bill, and the fans also provide cooling in the summer.

What were the key drivers behind your decision to invest in all of this new equipment?

There is an environmental case behind these decisions, but equally important there’s also a strong business case. All of the changes we’ve made have been cashflow positive and generated profits as well as helping the environment.

Being green also has to be an opportunity for profit, which is actually a theme that runs right to the root of Molygran’s history. The company first started in 1979 as a collector of polystyrene waste that was then sent to landfill. The founder thought there must be something he could do with that waste rather than throw it away, and with a bit of entrepreneurism found that he could grind it down and use it in cavity wall insulation. And that’s how the business was born – environment and profit in one.

How impactful has the Hub’s support been over the years?

I don’t think it’s possible to underestimate how much impact that one little question in 2014 had. It was the thought process behind it that triggered everything off; it made me change how we’ve done a lot of things ever since. And we’ve still not got through everything Claire suggested!

I like it when people come in and ask us why we do things, because occasionally you get a question that stops you in your tracks. It’s people who have been into a huge variety of different industries, like the Hub’s advisors, who can bring ideas that you’ve never thought of before.

We’ve effectively had multiple strands of support going at the same time, from resource efficiency and manufacturing advice to support around our factory expansion, marketing, website and other areas, all of which have had a massive impact on the business.

It’s always been part of our long-term plan to install solar PV on our roof, which will enable us to have our own fleet of electric vans for deliveries. The great thing about polystyrene is that it’s really light, so we’d be able to transport large amounts in electric vans very cheaply. That’s something that is definitely going to happen when the time is right.

As a business, we’re also pushing hard on offering people a destination for their used polystyrene packaging. Contrary to popular opinion, polystyrene is actually completely recyclable in the right hands. We’re now starting to offer circular solutions to customers, whereby their customers can send the polystyrene packaging back to us, so we’re looking to do much more of that going forward.

We can help your business boost its profitability by improving its resource efficiency. Find out more: Boost profitability, reduce operating costs, save money