The latest data from the Office for National Statistics show that the conurbation’s percentage of women in self-employment has risen above the North West figure for the first time in 17 years.

The North West percentage stood at 5.5 per cent and it is the first time since 2004 – which is when data is available from - that Greater Manchester has ever risen above the North West.

Figures show that while the number of women in self-employment dipped in the first half of the pandemic, last June the figure started to increase again. The latest Rose Review also found that more women than ever were starting new businesses.

Hilary Centeleghe is Head of Start up and Growth at the Hub, which is part of The Growth Company and part-funded by the European Regional Development Fund. She has worked in business support for more than 30 years and has seen first-hand how the landscape has changed.

Hilary said: “Female business founders are the bedrock of our economy and have an in-built entrepreneurial attitude.

“COVID was a challenge for most people, but we know from the women on our programmes that it was also a turning point. It made them realise something had to change and look for other avenues such as self-employment.

“At the Hub we have seen more women embracing our support, particularly programmes like EnterprisingYou which really appeals to them due to its nurturing approach.

“There is still progress to be made to help more women realise their business goals. Having the right support is key and we are here to help.”

Two thirds of the people on the EnterprisingYou scheme from February 2020 to February 2022 were women, with 268 of the 1,192 over the age of 50. The vital free programme supports self-employed business owners across Greater Manchester.

Karen Rudd, aged 36, based in Rochdale, left her corporate banking job due to the negative effects on her mental health. In July 2021, she bought a franchise in Moo Music, a multisensory music and movement class for babies, toddlers, and their parents and carers. 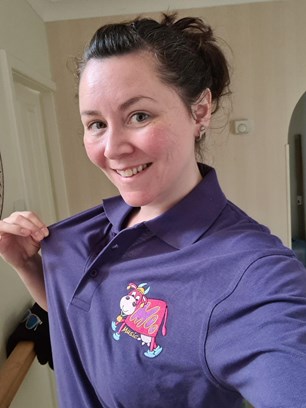 After joining EnterprisingYou she successfully launched her first classes in Sale in September, Urmston in January, and is now looking for a venue in Altrincham.

Within six months of starting the programme Moo Music’s turnover has tripled, and total sales are up by 71 per cent since completing it.

Karen said: “I probably would have folded the business before it even got started because of anxiety, but thanks to EnterprisingYou, I've changed my mindset and stayed positive. It really arms women with confidence and self-belief.

“To any women thinking of starting a business - be brave. Chances are you already have the knowledge you need to get started, and for the things you don't know, there are amazing organisations like the Hub.”

Another EnterprisingYou graduate Dina Mistry, aged 37, is founder of Stockport-based Asian greeting card and gift company The Playful Indian. She started the company full time in 2019 and accessed support from the course during the pandemic.

“It gave me the support I needed to push forward and having a mentor really helped to process my thoughts.”

To find out more about EnterprisingYou visit https://www.enterprising-you.co.uk. A women’s coffee morning is also being held at Clockwise House, Manchester on Thursday (March 10) at 10am to celebrate International Women’s Day. Visit the website to register. 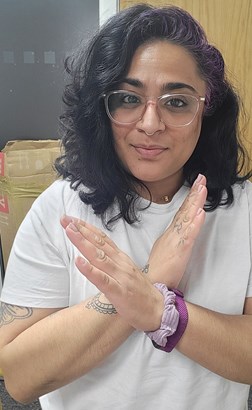 Find out how EnterprisingYou can help you