The UK Warehousing Association says the sector is running at close to full capacity ahead of the October Brexit deadline, fuelling fears over warehousing space in the event of a no-deal outcome.

According to research seen by the BBC, the estimated nationwide vacancy rate of warehouses is currently just 6.8 per cent - although it is slightly higher in the North West at 9.6 per cent.

British manufacturers have been stockpiling heavily in recent months to mitigate the possible risks of a no deal Brexit outcome – fueling a mini-growth bubble in the process. However, stockpiling activity has slowed since May, causing the sector to contract for the first time since July 2016.

“In terms of capacity in the market at the moment, I would say the warehousing sector is running fairly full – pretty much on 100%. There would be less capacity now than there was in the first quarter of this year in the buildup to the [original Brexit] March deadline because any small amounts of incremental space that were available were taken up.”

Peter Ward added that the current Brexit deadline of 31 October “couldn’t have come at a worse time for the logistics industry” because of demand for warehousing space ahead of Halloween, Black Friday, Cyber Monday and Christmas. 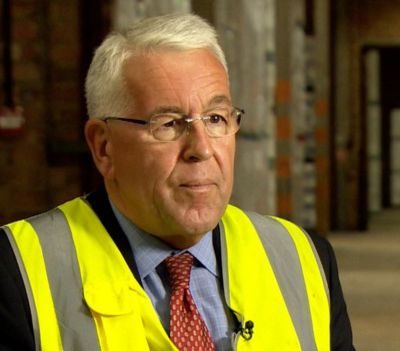 “In the run up to [the original March deadline], firms seemed to have been able to use their spare capacity in their warehouse estates to stockpile. But they may find a nasty shock, long before Halloween itself, if they try to repeat the same this time around.”