SME manufacturers across the North West are navigating staff shortages, increasing output and improving processes by adopting robotics and automation, with the support of Made Smarter.

What type of manufacturing support do you need?

Since 2019, the Made Smarter North West Adoption Programme, a collaboration between government and industry to support the increased used of digital technologies, has supported 41 manufacturers with projects focused on robotics and machinery.

Backed by £883,000 in grant funding, these projects alone are forecast to create 183 new jobs and upskill a further 234 existing workers.

Examples include agricultural machine manufacturer Storth, based in Holme, which implemented a robotic welding system to overcome staff shortages during the pandemic and problems with skilled welders being tied up with repetitive tasks. The system produces parts at twice the rate as its human counterparts while allowing welding staff to work on more rewarding and technically challenging roles. 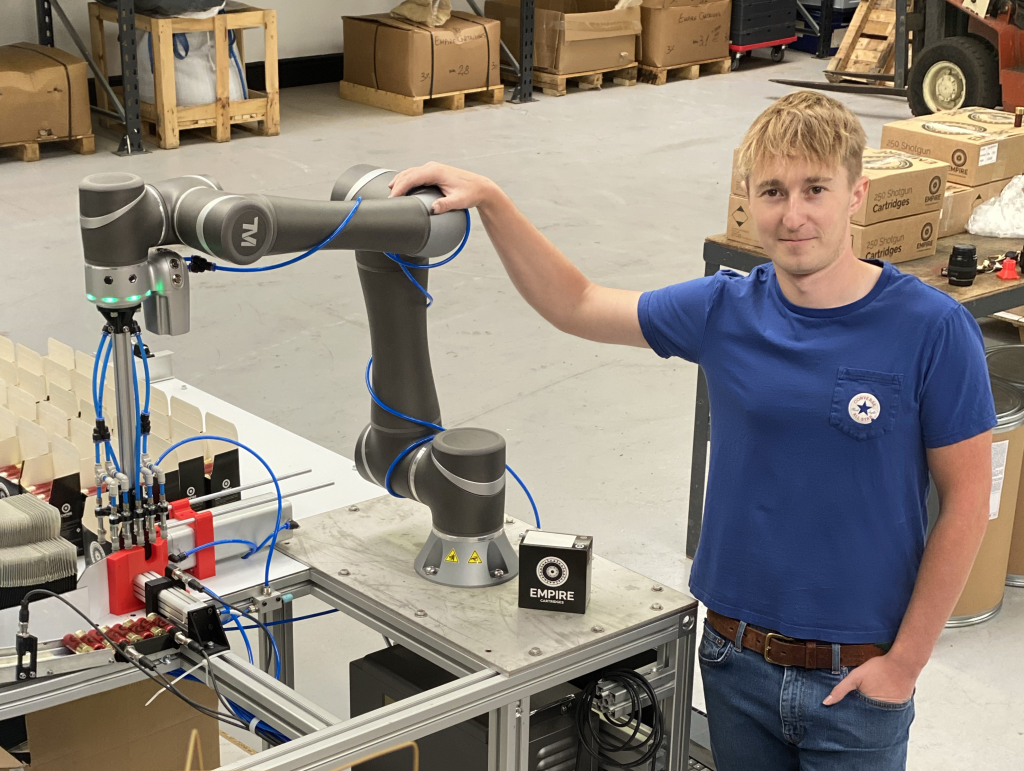 Andrew Bond, CEO, of Empire Cartridges, an ammunition manufacturer, based in Preston

Alain Dilworth, North West Adoption Programme Manager at Made Smarter, said the examples were proof that robots, cobots and automation technologies are creating more jobs than they displace:

“By providing businesses with specialist, impartial technology advice, grant funding for projects, digital transformation workshops, a leadership programme, digital technology internships, and skills development, Made Smarter is helping them select the right approach and the appropriate level of investment and tools for their business.”

The adoption of robotics in the UK is on the rise, but is still well behind global competition. Mark Stepney, Director of the British Automation and Robot Association (BARA), commented:

“The ROI on the use of industrial robots is startlingly clear. Along with faster production comes a long sought-after benefit: the ability to free human workers from the dangers and drudgery of manual work. Human workers can be elevated to roles where their individual skills and cognitive abilities can be better utilised.”