Ten Acre announced the contract, estimated to be worth £200,000 a year, as the Prime Minister Theresa May met businesses and investors during a trip to strengthen trade ties with Canada.

A Manchester-based food producer will soon be sending its premium snacks to Canada after landing a deal with a Canadian wholesaler.

Ten Acre announced the contract, estimated to be worth £200,000 a year, as the Prime Minister Theresa May met businesses and investors during a trip to strengthen trade ties with Canada.

The company produces award-winning hand-cooked crisps and popcorn, and will launch with new distributor Canadian Choice Wholesalers, which focus on natural and speciality products. They are sending their first shipment this month.

Owned by Yumsh Snacks Ltd, based in Cornbrook in Manchester, Ten Acre started exporting its products two years ago and they are now available across Europe, the Middle East, Asia and North America.

Ten Acre received support from the Department for International Trade

The UK’s Department for International Trade (DIT) has been working with Ten Acre and Yumsh to support their business development. 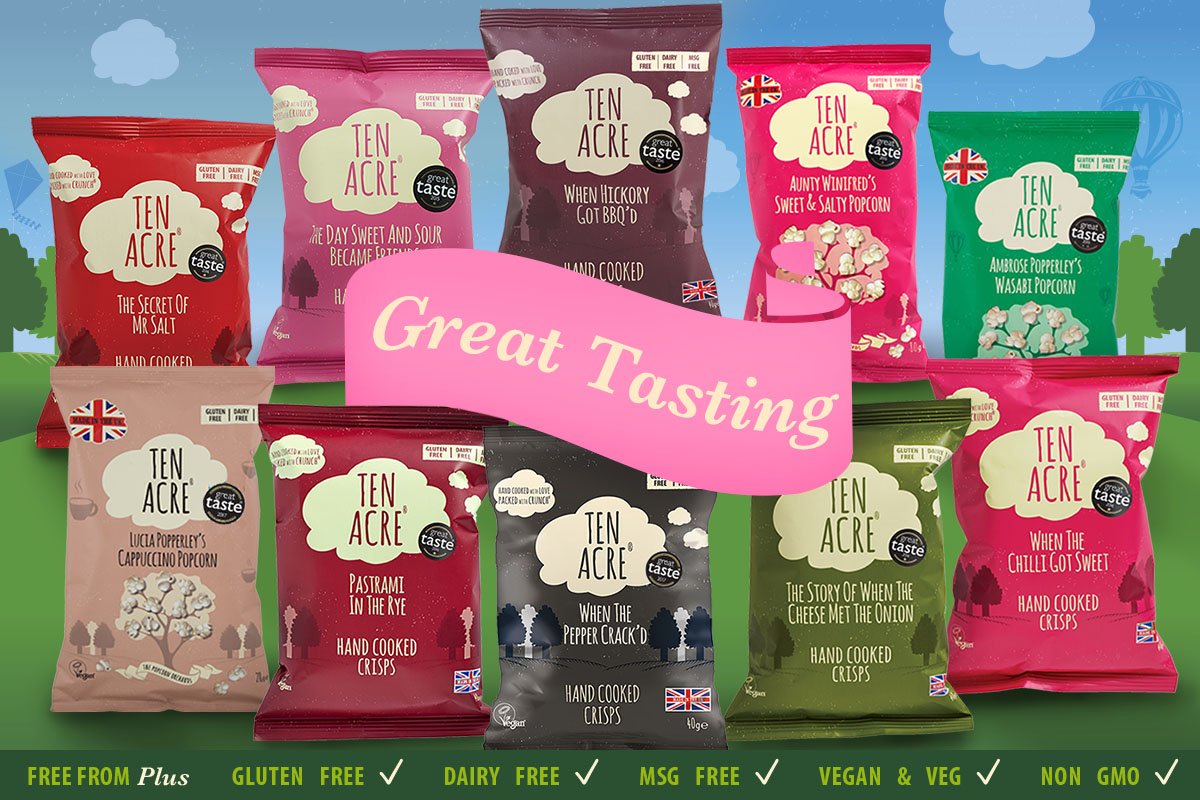 “It’s great news that Ten Acre have won this deal to supply their unique products throughout Western Canada.

“We know there’s a strong global demand for high-quality food and drink from the UK and I want to see more firms building links in lucrative markets such as Canada and the United States.

“I’ve been using my trip to further strengthen the partnership between our countries and show that there are great investment and trading opportunities available in the UK.”

Ten Acre products are British made and ‘Free From Plus’, meaning they are gluten, dairy and GMO-free, as well as vegan, halal and kosher certified.

“We’re delighted with this new distribution deal in Canada.

“Having achieved a tremendous response to initial trials, we expect to build sales to more than £200,000 a year and develop a loyal clientele across the region.

“Ten Acre is now sold in more than 45 countries across the world.”

The Prime Minister was in Ottawa in September for talks with Prime Minister Justin Trudeau on how the UK and Canada can work towards further strengthening their ties to build the closest, freest trading relationship as the UK leaves the EU.

Theresa May also hosted a business roundtable event with major Canadian investors into the UK.

The UK is already the second biggest destination for Canadian investment abroad, after only the US.

Our bilateral trade relationship is worth £15.2bn annually to both our economies, with £1.75bn Canadian money having been invested in the UK since March.

Foreign direct investments across a range of projects in the North West has created more than 6,500 new jobs in the last year. The investments have also safeguarded 3,178 jobs – more than double the previous year.