New measures of success and a culture of continuous improvement have helped Manchester-based Thomas Storey to become a leaner, greener, people-positive organisation.

Thomas Storey is one of the largest privately owned suppliers of steel fabricated products in the UK, with customers ranging from multinational Original Equipment Manufacturers (OEMs) to small start-ups.

Following a management buyout in 2015, which led to rapid growth in a short space of time, senior management have been working closely with advisors at the Growth Hub on all aspects of the business, from organisational leadership to energy efficiency.

One of Thomas Storey’s biggest achievements has been to reset its company culture from one based purely on production output to a more balanced mix of measures. As Technical Director, Phil Ramsdale, explains: “We had grown very quickly by always putting the customer first. But as our production schedules grew it became more and more difficult to maintain and we took our eyes off the ball in other areas like our people and processes. Our daily production meetings focused entirely on what was being sent that day, rather than exploring how we could improve.

“I turned to the Growth Hub and they really just brought us back to the basics. We went right back to our mission statement and our values as a business. It became clear that the problem was our culture was focused entirely on output and we needed to focus on other things.

“One of the first things we did was to change our daily meetings from just emphasising on output to looking at safety, quality and cost, such as what downtime was occurring and why. Then we’d look at delivery and output, and properly investigate the reasons why when we weren’t hitting targets.”

Phil was one of the first to benefit from the Growth Hub’s Made for Manufacturing programme, an online mixture of group learning and one-to-one advisory sessions to help leaders achieve manufacturing excellence.

“It’s so easy to get stuck firefighting every day and trying to fix issues. Made for Manufacturing was a good exercise in just sitting down, reflecting and planning,” Phil says. “It’s a lot like therapy. Once you start talking about your problems, you realise you’re not the only one suffering from them.

“It was great to be able bounce ideas off people and ask their opinion. We’re really pushing lean manufacturing, and not everything works. You have to try different things, take leaps of faith and make mistakes, so it’s really important to stay motivated. Having that meeting every couple of weeks just to reflect on what we’ve done was really valuable.” 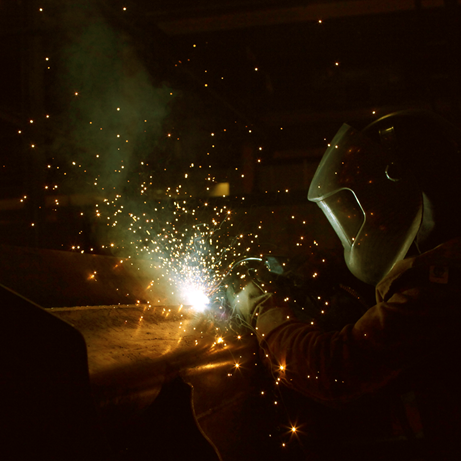 With support from Manufacturing Advisors, Thomas Storey began to change its company culture from the ground up to create an ethos of continuous improvement.

“Culture was our biggest problem,” Phil says. “We wanted to learn what we could do to make our people happier, so we brought in a full-time HR manager and formed an operations committee to look at things like our wage structure, working conditions and benefits.

“We introduced a new pay grade system where everyone is given an ABC grade on safety, quality, cost of delivery and attendance. That’s been an absolute gamechanger. We’ve even had someone who had left because of the old pay structure return after hearing about our new approach – they said the difference was like night and day. People really want to work here now.”

Some of the inspiration for these changes came out of the Growth Hub’s Executive Development Programme, which places senior managers with an external leadership specialist to drive growth through effective organisational leadership.

Phil explains: “I was brought into one of the sessions where we did some roleplay, and we took a lot away from that. We watched the Leadership on a Submarine video, which inspired us to change all our job roles to include a vision, mission, values and responsibilities.  That was really the very start of what we’re doing now – giving people ownership.”

It’s not just the culture that has changed at Thomas Storey – there have also been some impressive improvements to its manufacturing process.

One of the key challenges was a bottleneck in the laser cutting process, which cuts steel sheets for the factory to assemble. On the surface, it seemed like Thomas Storey had outgrown its existing capacity, but a closer inspection revealed that the problem was being caused by inefficient use of the laser cell.

Previously, all customer orders were nested together on the same sheets to maximise efficiency and avoid waste. However, production schedules had become so busy that operators had fallen into the habit of focusing on one order at a time and nesting each one separately. 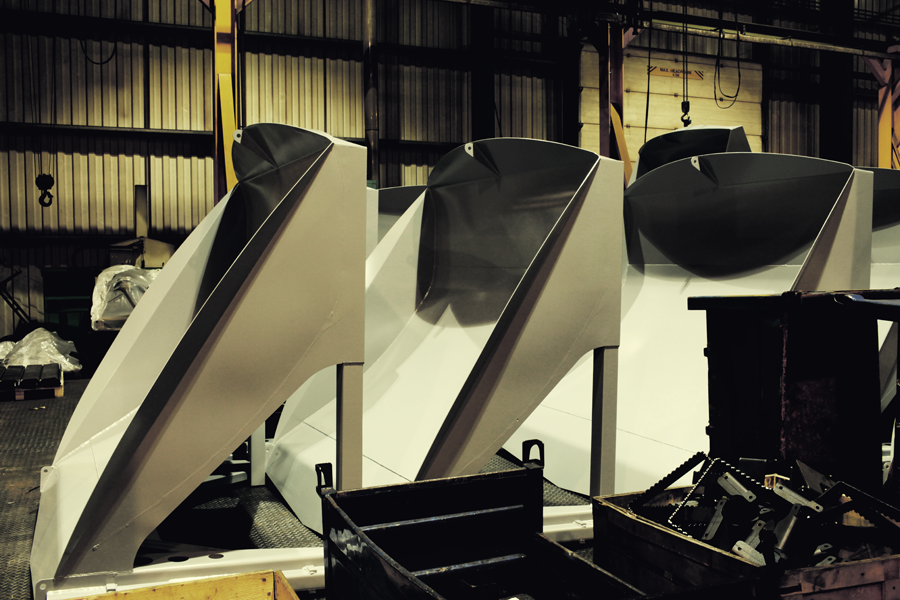 “We went back to the way we used to nest and upgraded our nesting software to get the most out of every sheet – when you’re going through a thousand sheets a week even the tiniest improvement saves a massive amount of money,” says Phil. “We also put a full maintenance procedure in place and brought new people onto the line who were willing to adopt new practices.

“The new system tracks how much steel we cut each day and sets a target for people to hit, so it’s almost like gamifying the process for operators.”

The changes had a remarkable effect. At the start of the project the laser cell was working for around 25 hours a day, but that has now more than doubled to nearly 60 hours a day. The additional throughput has led to 22 new full-time staff and a 20 per cent increase in turnover.

As an energy-intensive manufacturer, Thomas Storey has worked with the Growth Hub’s Resource Efficiency team since 2014 on a range of energy saving projects such as more efficient welding sets, compressors and lighting.

More recently, the company has purchased a more energy efficient fibreoptic laser cutter and, with the Hub’s support, installed new LED lighting. Other improvements have required no investment at all, such as overlapping shifts to prevent the laser being turned off for short periods of time and needing to be warmed up again.

Phil points out that the spike in energy prices in 2021 has made energy management a priority: “Cost of energy is now a key focus in our morning meetings. We’ve already noticed a difference in electricity usage since we upgraded our lighting, and it’s also improved the quality of welding work as well because the factory is so much brighter now.

“We’re constantly looking for new ways to reduce our costs. For example, we recently noticed a spike in our gas usage, so right now we’re checking our paint ovens for gas leaks and opportunities to increase insulation. That’s something we would have missed if we hadn’t been tracking energy in our daily meetings.”

“We’re trying to improve our nesting every day; thinking about how we can get that one per cent or half a per cent extra utilisation,” Phil explains. “I’ve also spoken to the whole factory about the price of steel to encourage people to think twice about scrapping components that could potentially be repaired, or better still, getting everything right first time so there is no waste in the first place.”

Improving energy and material efficiency also has sustainability benefits, which is something Phil believes will be a priority for customers in future: “We know it’s coming, and we want to be in a position where we’re ahead of the competition when it arrives. 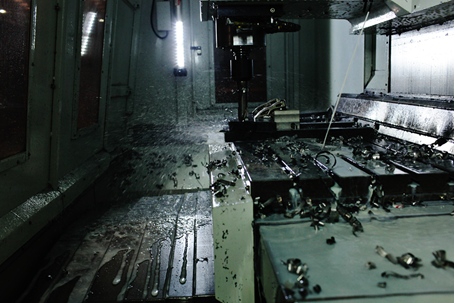 The next thing we’re looking at is solar panels on our roof, and we’re also making good progress in switching to returnable packaging.”

Despite big achievements already, Phil believes Thomas Storey is just starting out on its continuous improvement journey and will be taking part in the Growth Hub’s Manufacturing Peer Networks programme going forward.

“We’ve made massive gains, but I think we’re still on the first 10 per cent of the journey. Our long-term aim is to become a world-class fuel and hydraulic tank manufacturer, so we’re developing innovative new ways of working such as using aerospace technology to test for contamination in tanks to avoid hydraulic leaks – which is a massive environmental problem. That will take us to the next level.”

For specialist support and guidance for your manufacturing business, explore our Manufacturing Service