Manufacturers who use the EU-recognised CE mark on their products face a rush to prepare for the replacement UKCA mark for use in Great Britain. Manufacturing Advisor Andy Hinton explains the differing requirements and what you need to do next.

In November 2020 I wrote a blog on the CE mark and what was due to change after the EU Transition Period came to an end. While the thousands of UK-manufactured products that required a CE mark continue to do so to be sold in the EU, we now have a new ‘UKCA’ mark that is replacing it in Great Britain (England, Scotland and Wales). 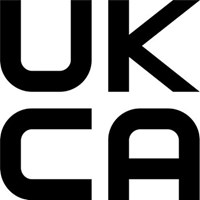 From 1 January 2025, all previously CE-marked products placed on the GB market will require UKCA marking. CE marking in the EU will continue unchanged. The UKCA mark is not recognised in Northern Ireland, so products sold there will need to be either CE marked or UK(NI) marked.

UKCA is NOT a kitemark

There have been some anecdotal reports that businesses may be applying the UKCA mark to their products in the mistaken belief that it is just a declaration that the product was made in the UK.

This is not the case – the UKCA mark should only be applied to products where there is a regulatory requirement to do so. Using the mark incorrectly is illegal.

At the time of writing my previous blog, it wasn’t yet clear if there would be any differences in the requirements for the UKCA mark compared to what manufacturers may be used to with the CE mark. Thankfully, things are now clearer.

This is important. If you continue to hold just one technical file based on the EU rules, and these rules happen to change, you will not be able to use the CE mark to sell in Great Britain, even before the end of 2024. Everything will need to be UKCA marked immediately.

If you only sell into the GB market, you will need to change your technical file for the CE mark to match the corresponding UK regulation for the UKCA mark. This also applies to products being imported from elsewhere – your documentation should reference UKCA requirements going forward.

As with the CE mark, for most products you can still self-certify that you meet the requirements for the UKCA mark. This means you can produce your own Declaration of Conformity (DoC) and conduct your own conformity assessment in most cases.

If your product requires third-party conformity assessment under the regulations, you must use a UK-approved notified body for UKCA marking, as EU-based bodies are no longer recognised in the UK. For CE marking you will require an EU-based body.

Similarly, to market in the EU you will need an EU-recognised authorised representative (also known as an economic operator). Be prepared for the additional time and expense of ensuring double coverage if you sell into both markets.

If you haven’t already done so, it’s really important to get started on reading through the relevant UK regulations and designated standards for your product and start pulling your technical files together. It’s a mistake to simply continue following the EU rules – they are very similar right now, but that can and will change in future.

Of course, if you export to Europe, you need to keep abreast of the EU rules as well. In effect, that means you need to do double the work if you sell into both markets.

We can expect a rush towards the end of 2024 as manufacturers try to get everything finalised, meaning those supporting businesses with the switch – such as notified bodies and authorised representatives – will be under a lot of pressure. So it’s best to move now and avoid the traffic jam.

Need support? Get in touch