To celebrate International Women’s Day 2020, Manufacturing Advisor Rachel Baldry shares her experience of what it’s like to be a woman in a traditionally male-dominated industry, and why increasing diversity in manufacturing can boost productivity and solve some of the key challenges facing the sector.

As a child, my ambition was to become a pilot. I enjoyed maths and physics, having gone to an all-girls school where I wasn’t overly exposed to the damaging stereotype of those being ‘boys’ subjects. After leaving school and establishing that a career in aviation wasn’t for me, I stumbled upon a degree in manufacturing, engineering and management. I loved how varied the course was – studying topics like product design, mechanics, materials, processes and ergonomics – and I developed a particular interest in the human factors in manufacturing systems.

After a stint in the nuclear sector where human factors are key to ensuring safety, I joined a management training scheme in manufacturing engineering and logistics at an internationally-recognised adhesives manufacturer. It was the early 2000s, and I was the only woman in my intake. Most of the women working in the company at the time were in the HR department.

A while later, the company employed its first female shift manager. By then I was a Productivity Improvement Engineer, and it was nice to have someone else on the shop floor I could ‘buddy up’ with. As a woman I didn’t expect to be treated differently by my co-workers, but I certainly felt that my male colleagues adjusted their normal behaviour when working with me.

Within a few years I moved on to become a service manager of a team of engineers at one of the world’s biggest lift manufacturers. The lift industry is incredibly male-dominated – all of the engineers were men, and the vast majority of the clients were too. As the lone female it was a difficult job at first, but it very quickly became clear to everyone how much impact a little diversity can have. 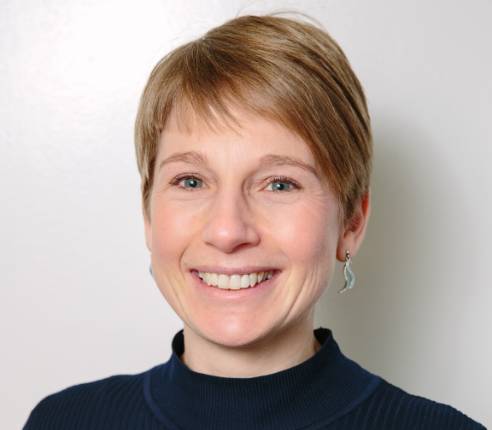 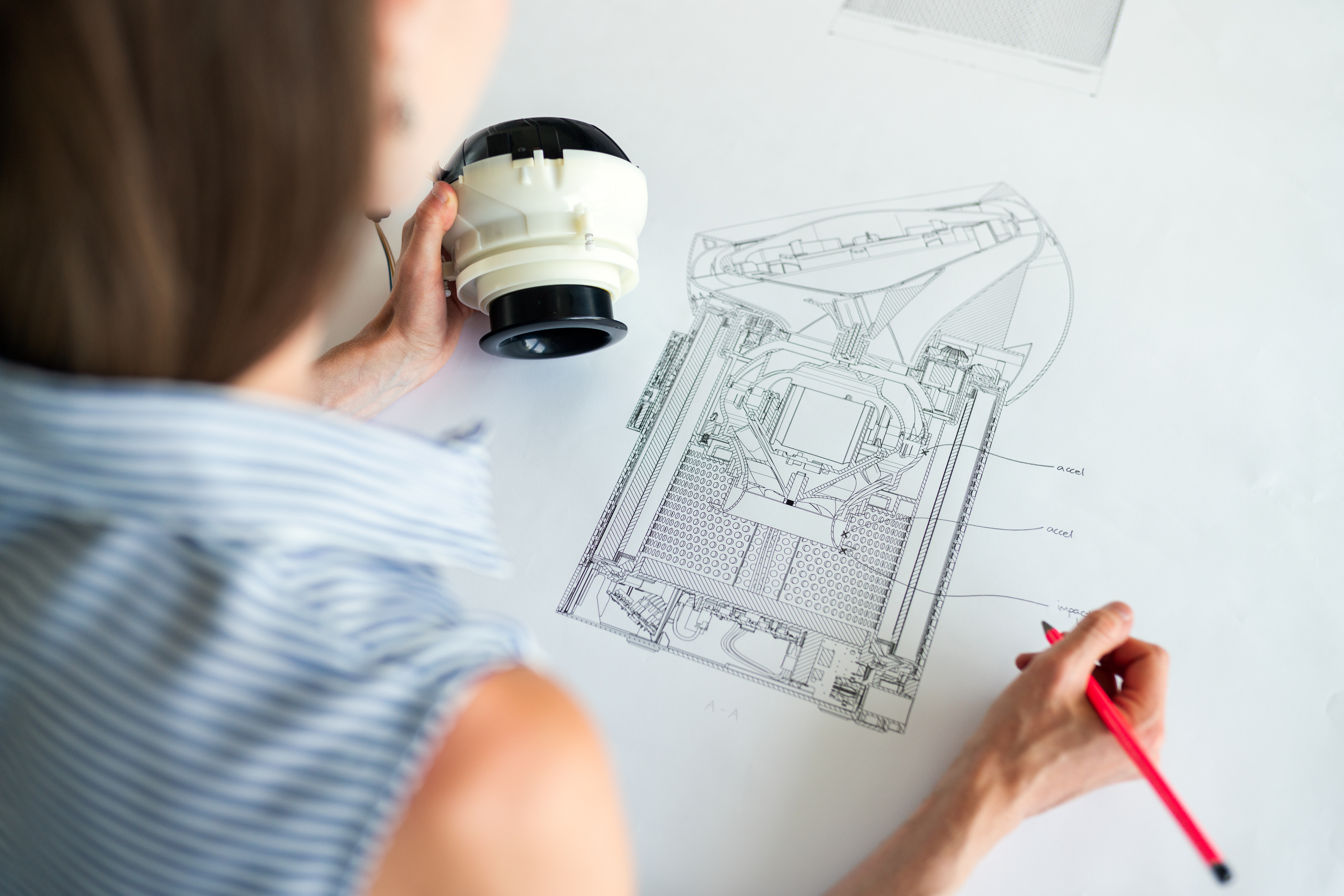 The engineers I worked with were used to a heavy-handed, tough management style. Many were unhappy, didn’t feel supported and were ready to leave. My own management style was more empathetic and collaborative. I started personal development plans and put effort into building relationships with each member of the team. These aren’t female-only traits, but it does show that injecting diversity into a workplace will naturally bring with it new approaches and new ideas. In my case, the effect was transformative: people felt listened to and empowered to make suggestions, staff turnover went down, productivity went up; one engineer who was previously considered a ‘lost cause’ even got promoted.

I had similar success in another role working in process improvement, where the team I worked with achieved a 20 per cent improvement in Overall Equipment Effectiveness (OEE) within six months – something nobody else had achieved in the business before. I firmly believe this success was down to the different approach that I brought to the project; focusing more on listening to and empowering the machine operators in a way that my predecessors had not.

Things are changing, albeit slowly. By the time I left the lift industry to join the GC Business Growth Hub in 2019, there were noticeably more women coming through as engineering graduates, and the company had even brought on its first female engineering apprentice.

The timing couldn’t be more crucial. There is a huge skills gap in the UK that needs plugging – it is estimated that nearly 200,000 engineers will be needed annually through to 2024 in order to meet demand, yet women only represent 12 per cent of the engineering workforce. With businesses of all sizes struggling to fill vacancies, and a large proportion of existing skilled workers closing in on retirement, attracting under-represented groups into the profession is vital.

Part of the challenge is overcoming the cultural barriers that discourage women and young girls from pursuing a future in manufacturing and engineering in the first place. One of the key problems in the past has been the lack of visibility of women in the sector. When the Royal Academy of Engineering analysed over 1,000 Google image search results for ‘engineer’ in 2019, the vast majority depicted a white man in a hard hat. It’s not as if women have never been there – history is littered with brilliant female engineers and innovators, but we just don’t hear enough about them. My personal role model is Dame ‘Steve’ Shirley – a pioneering entrepreneur and Royal Academy of Engineering Fellow who single-handedly built a hugely successful IT business in the 1960s. She began using the name Steve because business letters signed with her real name, Stephanie, were simply being ignored. 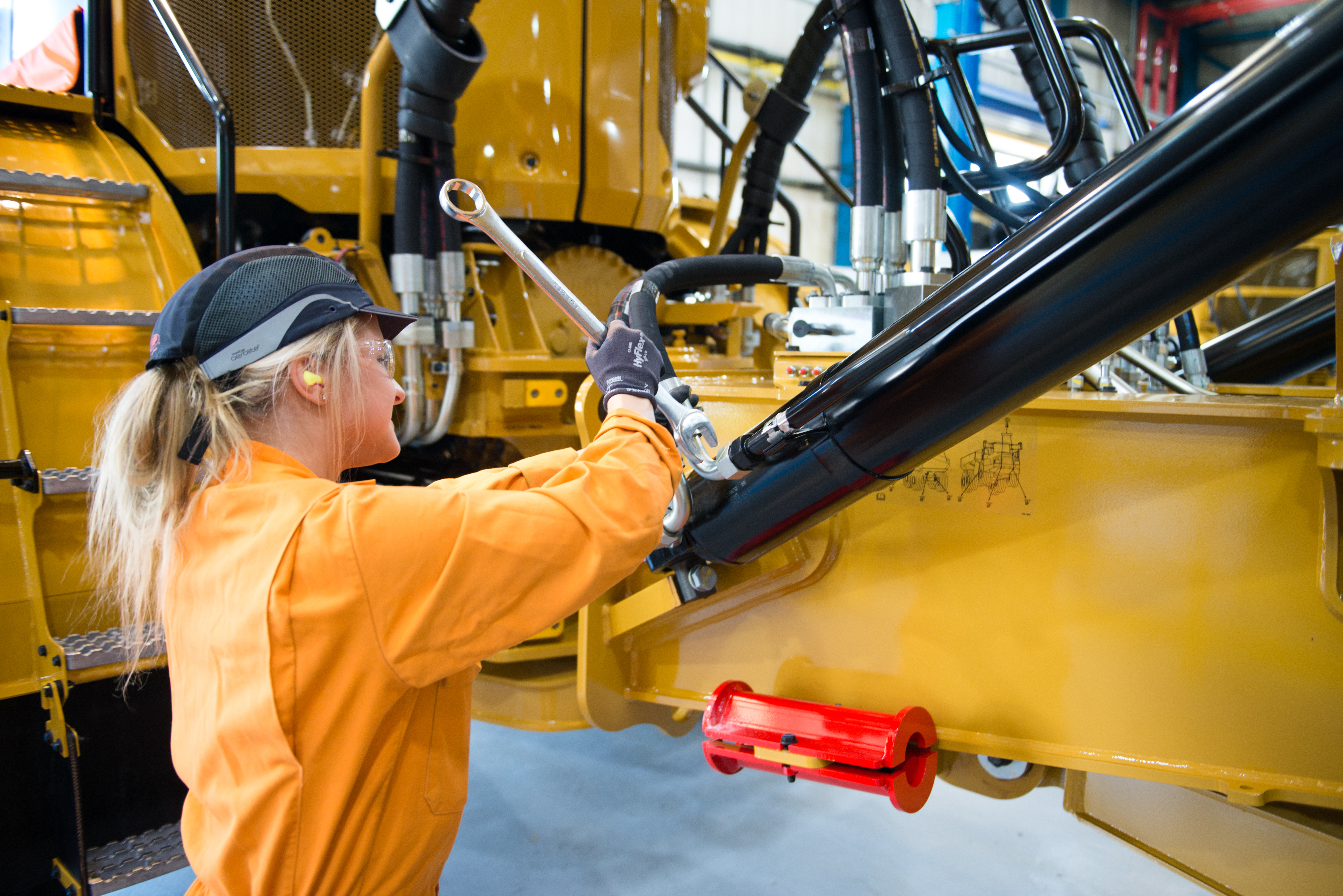 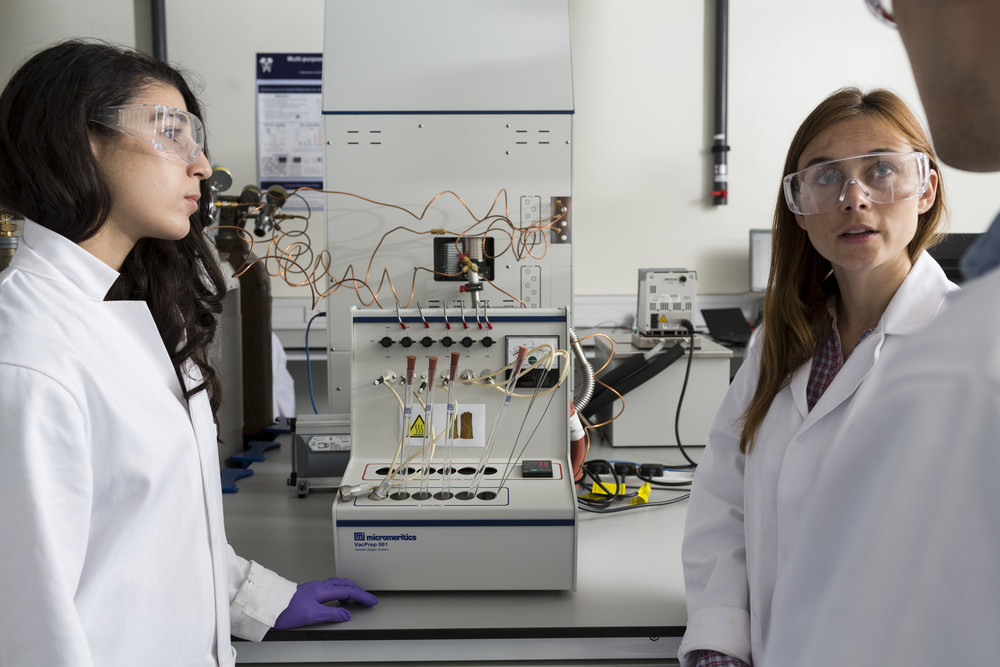 Female researchers in conversation during testing copyright to ©BP

Today, there is still a lingering perception that STEM subjects are ‘for boys’ and that factories are dirty, grimy, male-dominated places. This is simply not the case; in fact, thanks to the onset of Industry 4.0, the modern shop floor is becoming one of the most exciting and cutting-edge environments to work in.

The digitalisation of manufacturing requires a workforce with varied, transferable skills, which is a great opportunity to get more women into the sector. Businesses should use this opportunity to expand their horizons to a wider talent pool when recruiting – the perfect candidate could be a brilliant problem solver that just hasn’t applied their skills to the shop floor yet, or they might be an expert in another transferable form of management or process. Language is important: there is plenty of research showing that ‘alpha male’ words in job adverts, such as “competitive” or “dominant”, dissuade women from applying.

Manufacturing firms should also look internally for untapped female talent. Female staff working in non-engineering or non-management roles may be interested in transferring to the shop floor and should be supported to do so. It’s likely that existing employees have many skills which are not traditionally recognised as ‘engineering’ but can be translated into valuable manufacturing outputs.

Hopefully what my experience shows is that we all win when there are both women and men in the room. Gender equality is not just a tick-box exercise – it can have a really positive impact on workforce satisfaction, engagement and productivity. My two young daughters are still at the age where they are free to enjoy science and engineering without having to think about gender, and I hope they never have to.

More insights from the Hub When the Met Office recorded for the first time temperature of the UK exceeded 40 °C in July 2022, not only the scientific community but also the public agreed that climate change is a real deal. The world needs to go further and faster to tackle the problem. 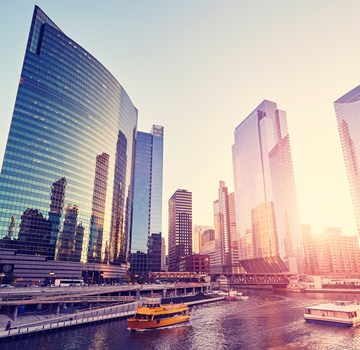 Last month, 14 founders from Manchester and London embarked on a trade mission to Chicago, organised by The Growth Company’s Global Scale-Up programme together with the London & Partners Mayor’s International Business programme. Greater Manchester has the joint largest number of technological entrepreneurs outside of London invited to join the Silicon Valley Comes to the UK (SVC2UK) summit. Leading entrepreneurs, investors, and global thought leaders in technology from the US and UK will join in this prestigious event.

Kickstart Your Social Media: A Quick Guide for Start-Ups 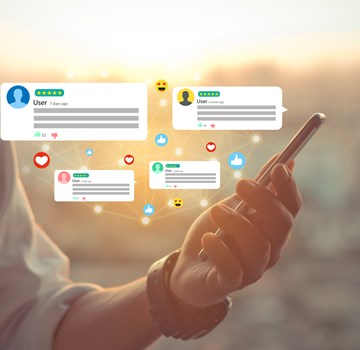 Love it or hate it, social media is here to stay. A crucial element in the mix of marketing activities for a business, social media isn’t just for personal use. Find out how you can maximise your online presence and put your business front and centre!

Invest and Protect our DCT Industries to Build Back Better 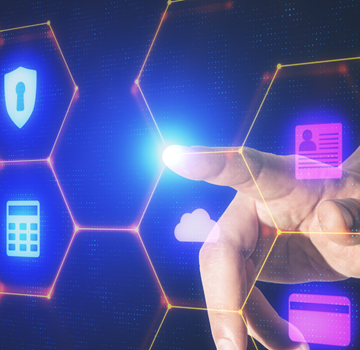