Industry bodies and consumer brands have joined forces to change the ‘face’ of engineering, after an AI programme revealed that most images of engineers online are of white men in hard hats.

Industry bodies and consumer brands have joined forces to change the ‘face’ of engineering, after an AI programme revealed that most images of engineers online are of white men in hard hats.

The Royal Academy of Engineering (RAE) used an AI machine learning model to analyse over 1,100 images from a Google search for ‘engineer’.

The AI programme then generated images based on its analysis, the majority of which depicted a white male wearing a hard hat. In fact, nearly two thirds (63 per cent) of the images in the Google search results were of a person in a hard hat, despite the fact that only a small minority of professional engineers actually wear hard hats most of the time.

To reverse this misrepresentation of the engineering profession online, the RAE has teamed up with other industry bodies and leading businesses to change image search results.

100 organisations and counting - including the BBC, Facebook, ITV, Transport for London, Ocado, Rolls-Royce, BAE Systems, Shell UK and National Grid - have signed a pledge to increase the visibility what engineers and engineering really look like.

A library of free-to-use images has been launched to support the campaign: www.flickr.com/thisisengineering/.

Campaign partners are also challenging the stereotypes on social media and many took part in a range of activities to coincide with This is Engineering Day on 6 November.

For example, Amazon’s Alexa will now answer questions such as “What does an engineer look like?” and “Tell me a fact about engineering?”

On 6 November, Network Rail showcased real images of its engineers at stations across the UK and the Virgin train network. Facebook and Ocado are also creating and promoting new video content featuring their engineers.

“I’m appealing to anyone who uses or promotes images of engineers to join us in challenging outdated and narrow stereotypes of engineering. We want to ensure that engineers are portrayed in a much more representative way, and that we help young people see the fantastic variety of opportunities on offer.

“I hope that by inviting the public to discover a different side to engineering, we will be able to inspire more people from all parts of society to choose a profession that shapes our world.” 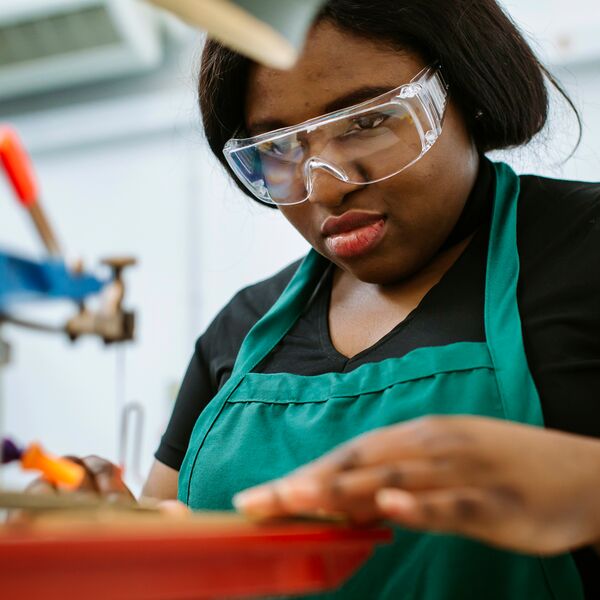 Over 100 organisations have signed a pledge to use imagery that better represents what engineers and engineering looks like. Image copyright: University of Portsmouth and Helen Yates.

Celebrating diversity in manufacturing and tech

Find out more
Sign-up for the Made for Manufacturing newsletter