A list of the top 100 women engineers from history has been released as part of a project to celebrate the achievements of women in engineering over the past 100 years.

The list coincides with the centenary year of the Women’s Engineering Society (WES), which was formed after the First World War when the women who had taken on engineering jobs during the war were prevented from continuing their work.

Despite working in professions which often deliberately excluded them, many women excelled against the odds during the 20th century and played hugely influential roles during both war and peacetime.

The top 100 list, compiled by a list of judges following a period of public nomination, includes Laura Annie Willson, an engineer, businesswoman and suffragette who trained and supervised women manufacturing munitions during the First World War.

Willson was recognised with an MBE when the Order of the British Empire was created in 1917, then co-founded WES after the Restoration of Pre-War Practices Act 1919 banned the employment of women in industries where they had not worked before the war.

Other important figures from later years include Tilly Shilling, who developed a vital valve that prevented Rolls-Royce Merlin aircraft engines from stalling when diving during the Second World War.

The list also recognises groups of women, including the unnamed construction workers who rebuilt Waterloo Bridge during the Second World War, also known as the Ladies’ Bridge, and the thousands of women who worked as codebreakers.

Dawn Bonfield, chair of the judging panel and Past President of WES, said:

“It has been inspiring to learn more about these magnificent women who were pioneers in their field and had to contend with not only a legal system which prevented their participation, but an engineering profession which made it very difficult for women to succeed in the workplace.

“Despite these hostile conditions, many women did thrive, and that makes their stories even more compelling. Thankfully our profession has changed enormously in the past 100 years, and we can celebrate our progress through learning more about the achievements of our predecessors.”

One hundred years later engineering is still largely a male-dominated profession. Women currently represent only 12 per cent of the workforce, despite a severe shortage in skilled staff.

Women on the lathe. Credit: the Magnificent Women project

Laura Annie Willson MBE. Credit: Photographer not known, but photo is believed to have been taken c.1920 [CC BY-SA 4.0 (https://creativecommons.org/licenses/by-sa/4.0)] 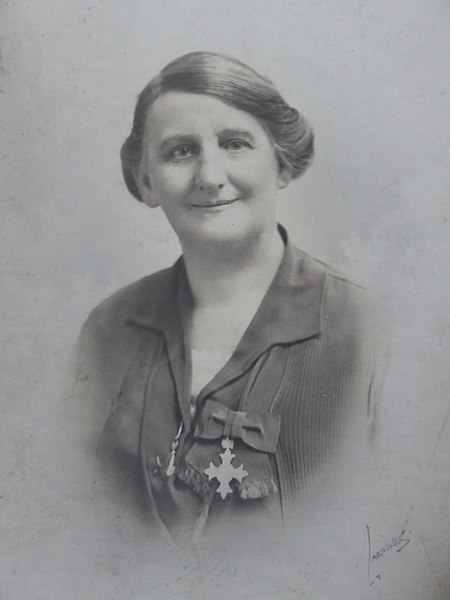