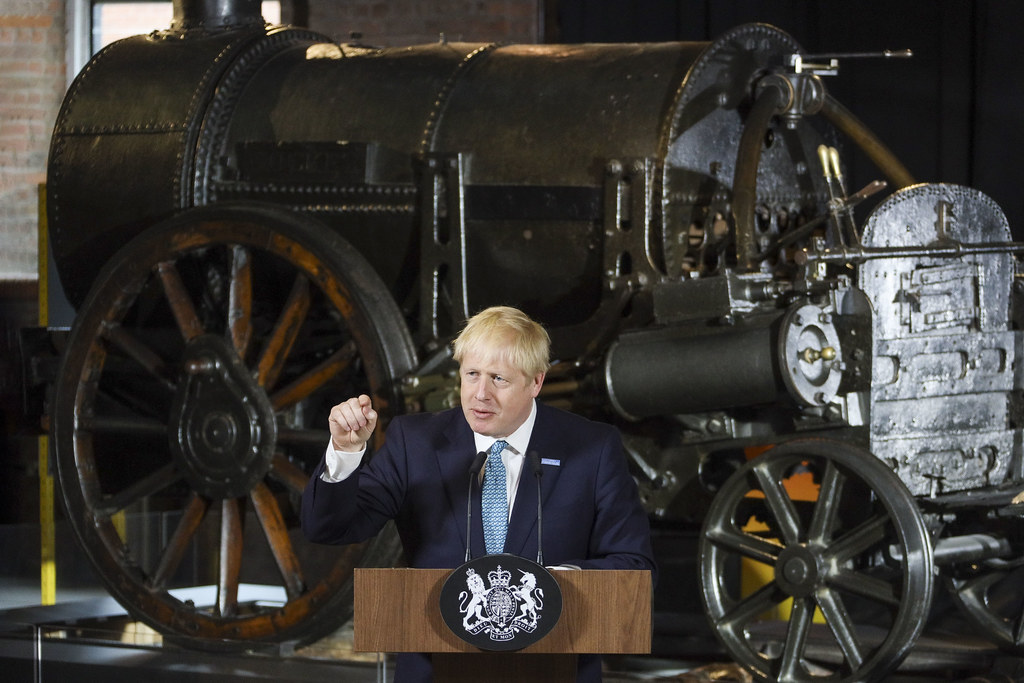 “As the new Business Secretary, I’m determined to do absolutely everything to support British Steel, to find a new buyer and make a success of it.” @AndreaLeadsom at @BritishSteelUK in Scunthorpe today where she chaired the Support Group and met workers with @nadhimzahawi pic.twitter.com/07Q1SsKTNl

The new Prime Minister began his premiership with a promise to boost growth by “unleashing the productive power of the whole United Kingdom”, starting by officially backing a high-speed rail upgrade between Manchester and Leeds.

Speaking in Manchester on 27 July, he described Brexit as “a massive economic opportunity”, adding:

“We will begin right away on working to change the tax rules to provide extra incentives to invest in capital and research. We will double down on our investment in R&D, we will accelerate the talks on those free trade deals and prepare an economic package to boost British business.”

“We welcome the new Prime Minister to Downing Street and have written to him. We have also set out the critical importance manufacturing plays to the economy; British manufacturing is great national success story employing millions of people and contributing billions of pounds to GDP.

“We look forward to working together with the new administration to make sure we move quickly to a deal which delivers Brexit and keeps UK manufacturing in a world leading position.”

New Secretary of State for Business, Energy and Industrial Strategy, Andrea Leadsom, began her tenure by visiting workers at the troubled British Steel steelworks in Scunthorpe, which entered compulsory liquidation in May. The Secretary said government was doing “all we possibly can” to ensure the UK steel industry and its wider supply chain has a sustainable future.

The automotive sector has also been quick to seek a declaration of support from government. On 29 July, the owner of Vauxhall, PSA Group, suggested the car maker could move production away from its factory in Ellesmere Port in the event of unsatisfactory Brexit outcome.

The Society of Motor Manufacturers and Traders (SMMT) wrote to the new Prime Minister, explaining that an exciting “technological revolution” was taking place in the industry, with more change predicted in the next ten years than there has been in the last fifty as car makers moved towards cleaner vehicles. However, the organisation described a no deal Brexit as “an existential threat”.

Boris Johnson has said he would “much prefer” to leave the EU with a deal, which is “still possible” before 31 October.

Manufacturers want apprenticeship overhaul, but help is at hand

Promote your business, connect with suppliers and meet new customers

Cardea-Solutions boost sales by 20% following support from the Hub