Regionally, nationally and globally, populations are getting older and with this ageing demographic come huge opportunities for businesses of all sizes that have the foresight to adapt existing products, or create new ones, to meet the needs of this growing market sector. Here, Michael Contaldo from New Economy, and Rick Watson of the Business Growth Hub, seek to dispel some of the myths and stereotypes associated with older people and suggest ways in which even the smallest business can tap into the ‘Grey Pound’ and unlock sales, growth and profit.

In the past, marketers and product developers have been reluctant to see older people as a potential source of new sales.

Stereotypical views of what it means to be older conjure up images of people with low mobility managing on a modest pension, and whose health prevents them from engaging with certain products or services designed for ‘the average’ consumer.

Many perceive the older generation as lacking the skills or dexterity to use digital technologies such as social media or internet banking, making them harder to reach or ‘sell to’ in today’s economy.

For most marketers it seems that it is only the younger consumers that counts, as they look to retain their custom for longer periods, the theory being that it makes their ‘lifetime value’ as a customer much greater. 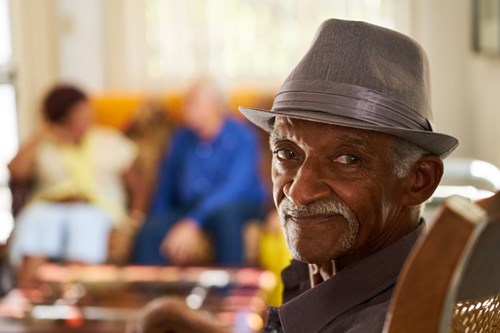 This can all lead to an impression of a market segment that is unattractive, populated by poor, hard to reach customers who are often in poor health and who may need large concessions or adaptations to existing products and services. As a result, the perception is that the lifetime value of these customers is less.

It’s a problem that has been exacerbated by poorly designed market research too, which has combined all older age customers into 50+ or 60+ age brackets, and made assumptions about ‘older people’ en masse rather than breaking the age demographics down in a more sophisticated way.

However, such impressions of the older generation are not always supported by the data, and new methods of analysis and interpretation may allow the savvy marketer to find significant niches to target.

Greater Manchester’s (GM’s) population is ageing. By 2032 the proportion of people over 65 is expected to increase by 29%, and the proportion of those over 85 is projected to double. The next few years will be marked by the “Baby Boomer” generation entering the 60+ age-group, with this segment growing by more than 30% between 2015-30. Importantly, they will have higher per capita consumption compared to other groups.
We can also expect an older population in the UK that is more urban, more ethnically diverse, more educated, and more tech-savvy than previous generations.

While this will undoubtedly raise widespread social issues in healthcare, housing and employment, it also presents an economic opportunity, as globally this demographic will generate around 50% of urban consumption growth in developed countries – around $4.4 trillion - up to 2030.

In the UK, it has been estimated by the innovation foundation Nesta that the spending power of the ‘silver economy’ will grow from £79 billion to £127 billion by 2030. In the North of England alone there are four million people aged between 50-74 with an annual purchasing power of £1.5 billion.

Euromonitor forecasts that the global spending power of those aged 60 and above will almost double from the $8 trillion they spent in 2010, to reach $15tn by 2020. This presents an opportunity for businesses, especially those in market sectors and niches where the over 50s predominate. Many large global corporates are now focusing on the ageing population, and altering their products and business models to serve them.

However, purchasing power will not be uniform and services will need to be tailored to fit with wider income inequalities that may exist, from levels of savings to pension provision.

Demand for new and tailored financial products and services is also likely to increase. For example, grants and loans to allow the elderly to modify homes so they can live independently for longer. In the past, many products for older people have been supply-driven and developed under the broad rubric of disability and poor health, such as dentures and stair lifts. Tellingly, there has been relatively little to appeal to those who are fit and healthy. 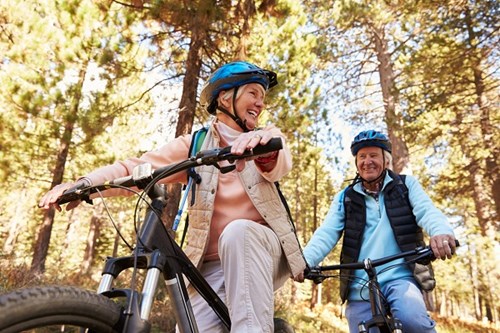 Alongside this, health spending is forecast to accelerate by 6.4% a year between 2013-2018, with the prevalence of age-related diseases such as dementia, cardiovascular disease and diabetes all increasing. Both public and private spending will increase in response to this demand and through the devolution of health and social care, GM has made ‘Ageing Well’ a priority in its strategic plans.

Spending patterns and priorities among the elderly can also be different to younger consumers – and are often driven by health-care needs. Research in the US shows that a 60-year-old currently spends US$8k a year on health needs, while a 90-year-old spends $35k. Health-care spending by the over 60s is projected to grow globally by $1.4 trillion up to 2030. But there is also other spend – over 60s spend up to a fifth of income on food, personal care and entertainment, and a third on housing.

An increase in older single people living alone will affect patterns of housing demand, particularly where individuals are keen to remain independent for longer. This might feed into greater demand for home refurbishment and remodelling, but also homes with easy access to health-care facilities and shopping.

The older population represents a large proportion of leisure consumers, too. However, the tourism sector largely fails to target this age group, even though one fifth of UK income in the hospitality and leisure industry is generated from the over 65s.

The leisure industry is a key sector where businesses should be looking at how they can cater for the over 65s. We know they have more leisure time and are the most frequent visitors to museums, galleries and theatres, with those over 65 spending £3372 a year on hospitality and leisure, compared to an average of £2468.
Galleries and museums across GM run initiatives to attract older people, but businesses also need to adopt this thinking.

In fact, it's true across multiple sectors that businesses fail to connect with older consumers, despite their spending power. There is already a demand to be better served in terms of travel, entertainment, and restaurants and we can expect ever more ‘demanding’ consumers wanting “more professional, premium or sassier versions” of their goods and services.

Age-related conditions can impair mobility and there is a role to leverage technology to increase mobility, social connectivity, build confidence, companionship and even compliance with medication regimes. This could be addressed through things such as robots or wearable monitoring devices.

Technology has great potential to improve connectivity in later life. Internet access among retired people has doubled from 22% in 2003 to 44% in 2013 but there are still major barriers to access, including a lack of digital and technological skills. 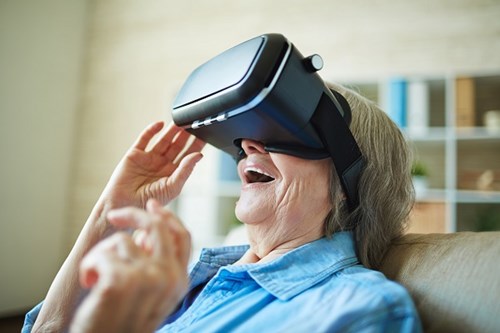 The market for wearable clothing and devices is growing rapidly with the global market expected to reach $8.3 billion by 2018. Deloitte predicts that 10 million wearable devices will ship globally each year, from sophisticated gadgets to smart textiles and skin patches. The healthcare wearables market is driven by the rise in home and remote patient monitoring and technical advances, such as the integration of sensors into material and innovations towards miniaturisation. Some UK companies are already capitalising on this opportunity.

How to innovate your products and services toward the trend

Look at your existing customers

Think about the current age demographics of your customer base – what does it look like?

Where are your high-value customers and what age are they?

Who are your most loyal customers and how old are they?

Do you have any patterns of older customers buying certain products or services?

Could these older customers be sold additional products?

Are you selling at all to an older demographic – if not, what do you think the barriers to selling to them are?

What would be the return on investment if some adaptations to products and services were made to attract a wider age group?

This does not necessarily mean radical changes:

There’s more inspiration at Age Innovators which is a growing list of innovations that shows how others have spotted opportunities to innovate for an ageing population.

The Business Growth Hub Innovation Team can help you to generate new ideas too and access new knowledge or expertise from our local Universities.

We can help you to prioritise new innovative changes to your business that maximise your chance of success in attracting this increasingly important market sector. Get in touch through Enquire & Grow.