Waste crime is a major issue in Greater Manchester. We talk to Sophie Walker, co-founder of tech firm Dsposal, about how SMEs can stop their waste falling into the wrong hands.

What type of support do you need in order to grow?

Founded by ‘self-confessed waste data geeks’ Sophie Walker (pictured below) and Tom Passmore and launched in Manchester in 2018, Dsposal’s mission is to use the power of technology to help businesses and homeowners understand where their waste goes after it goes in the bin. In 2018 Dsposal commissioned research, funded by GC Business Growth Hub, which estimated that around £3 million is being unwittingly paid to unlicensed waste criminals in Greater Manchester each year. 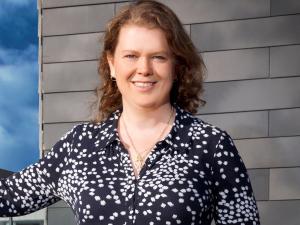 What is waste crime and how prevalent is it in Greater Manchester?

Waste crime encompasses a whole range illegal activity in the waste industry, including things like misclassification and fraud, breaching the conditions of an environmental permit, and the one everyone is familiar with – fly-tipping.

Fly-tipping generally makes up the biggest proportion of waste crime in the UK and Greater Manchester is one of the hardest hit areas. Our research shows that there were nearly 53,000 reported incidents of fly-tipping in Greater Manchester in 2016-17, costing nearly £4.9 million in clearance and enforcement costs. That’s not including the costs to private landowners, which can run into the hundreds of thousands.

The culprits aren’t just small one-man-van types; sadly, it’s big business for serious and organised crime. Recent research by the BBC found that large-scale fly-tipping has more than doubled since 2012. Seemingly legitimate operators can spring up, advertise themselves in the local paper or online, dump waste in a warehouse or rural site and then simply disappear, only to re-appear again under a new name.

Why is it such a big problem?

Any business which isn’t doing proper checks on their waste carrier is unwittingly at risk of becoming entangled in waste crime. It’s quite easy for waste criminals to come off as legitimate when they’re not, and it’s made worse by the fact that people generally understand very little about what happens to their waste once it leaves their site.

The particular difficulty we’re facing is that data on waste crime, and our waste in general, is patchy and unreliable. We currently have no centralised record of commercial and industrial waste in this country, for example. How are we supposed to move to a more transparent and resource efficient economy if we don’t even know what materials are flowing through it?

So what does Dsposal do?

Essentially what we do is build tech that makes it easier for people and businesses to meet their legal obligations on waste. Our aim is to champion transparency and accountability in the sector, and we really think that digital transformation is what’s going to drive that.

We have developed a bunch of useful online tools, including a free directory of all the licensed waste operators in England; ‘peace of mind’ notifications which inform you when you or your waste contractor’s licenses or accreditations are due to expire; automated audits which guide you quickly and easily through how to audit your waste contractors; a waste chain which helps you map out where your waste goes; and a freely-available Waste Thesaurus, which helps you to classify your waste.

We’ve also recently developed digital training modules for staff and we’re about to launch a digital paperwork service, as well as founding a new social enterprise, Your Dsposal, to educate more people about waste.

What is the government doing?

If we’re to achieve more transparency and accountability, we need more and better data. The government has been working on this – the 2020 Budget included £7.2 million to develop a national system for electronically tracking waste movements across the country.

We were involved in the first phase of that project, and we hope that the end result will be a system which provides a game-changing amount of data that will revolutionise the sector. The best way to think about it is like Making Tax Digital but for waste – it should lead to a flurry of innovation that will lay the foundations for getting to grips with how waste is flowing through our economy. We’re on the cusp of enormous change, so it’s a really exciting time.

What can businesses do to avoid fuelling waste crime?

We want businesses to be curious about what happens to what they put in the bin. Very few companies realise that they are still legally responsible for their waste even after it’s left their site, meaning they could face prosecution if it ends up in the wrong place.

First and foremost, businesses should make sure they only using licensed waste services and ask them to confirm and prove where their waste goes. Go beyond just taking their word for it – it’s not uncommon for illegal waste companies to use other people’s licenses, so it’s important to check the details.

I would also recommend businesses check that the EWC (European Waste Catalogue) code for their waste is correct. Most companies rely on waste contractors to classify their waste for them, but unfortunately not all can be trusted to give you the correct code. We once spoke to a facilities management company and found that their waste collector was wrongly classifying their sanitary waste as hazardous material and charging them accordingly. Not only were they paying over the odds for the service, they were unknowingly committing a waste crime in the process.

You can do all of these things quickly and easily on Dsposal. If you’re willing to put a little time into understanding your waste and segregating it on site, you can also save a lot of money by providing quality material to the people collecting it.

What can waste management companies do?

Any licensed waste company can claim their profile on Dsposal for free and upload all of their documents so that customers can find their information in one place. Once they’re on the site, they can get notifications to help them keep on top of their compliance documents and use the platform to better understand their own waste chain. As we get more and more traffic to our website, the chances are they may also be able to win some business as well!

This article originally appeared on http://www.greenintelligence.org.uk/article/waste-crime-and-you-conversation-dsposal