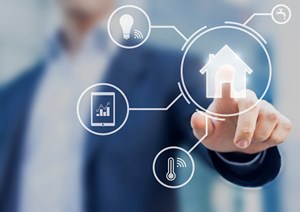 The government has launched a new energy plan that will give homes and businesses more power to store energy and develop a two-way relationship with the grid through smart apps and appliances.

The upgrade to the UK’s ageing energy infrastructure, announced by Ofgem on 24 July, will transform how consumers store and use energy by delivering a smarter, more flexible energy system.

Now that over a quarter of the UK’s electricity is being generated through renewables such as wind and solar, much of it located closer to homes and businesses than traditional power plants, the government is keen to ensure that consumers make the best use of locally-generated energy without it going to waste.

In future, through smart meters and new internet-enabled appliances, consumers will be able to choose to use electricity when it is cheapest and most available, or get rewarded for returning it to the grid when demand is higher.

For example, businesses would be able to allow tech-enabled chillers to be switched off for a few minutes or air conditioning to be temporarily turned down when energy demand is high.

These small demand-side response (DSR) energy savings will be aggregated by energy traders and sold to the National Grid, introducing ‘Negawatts’ alongside Megawatts as trading units.

The plan specifically mentions Upside Energy, a regional innovator in this space, as an example of what the energy market could look like in future.

Andrew Wright, senior partner of energy systems at Ofgem, said: “The way we are generating and using energy in Britain is changing rapidly. We want to open the door to new technologies and services so that they can help to reduce bills for consumers in the long term.

“It is vital that we get the changes in place as there is potential for a smarter system to save consumers billions between now and 2050.”

Basil Scarsella, chief executive of UK Power Networks, described the move as one “as significant for electricity as the advent of broadband was for telecommunications”.

Ofgem’s plan sets out 29 actions it will take with government to make this smarter energy system a reality.

Some of the first consumers to benefit from the impending changes will be those with solar panels installed. Ofgem aims to ensure owners face fairer charges for importing and exporting their energy at different times by enabling special tariffs.

Energy storage is another area that will benefit immediately. Ofgem has committed to removing barriers that are currently preventing such technologies from being developed and adopted by consumers, while the government has launched the first phase of a £246 million investment in battery storage R&D.

Most of the rules set out in the plan are due to come into force over the next year.