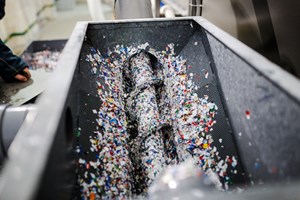 A new report launched at the World Economic Forum in Davos suggests that circular business strategies could ‘tip the balance’ against climate change, but the circularity ‘gap’ is widening.

However, these principles are being sidelined in the fight against climate change, the report said, despite nearly two thirds of global greenhouse gas emissions being released during the extraction, processing and manufacturing of goods.

As a result, global use of materials is actually accelerating, having more than tripled since 1970. Just nine per cent of the 92.8 billion tonnes of minerals, fossil fuels, metals and biomass that enter the economy annually are currently being reused.

“They should re-engineer supply chains all the way back to the wells, fields, mines and quarries where our resources originate so that we consume fewer raw materials. This will not only reduce emissions but also boost growth by making economies more efficient.”

The Netherlands is an early leader in the field, having already set a target of becoming 50 per cent ‘circular’ by 2030 and 100 per cent by 2050. The UK is starting to action through the government’s recently-published Resources and Waste Strategy.

The EU has also recently taken action to force manufacturers to make some products and appliances more durable and repairable.