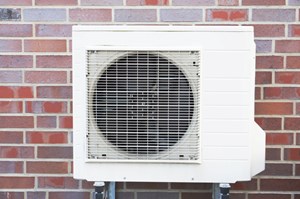 Hundreds of domestic properties in Greater Manchester are being fitted with smart heat technology as part of a collaborative project with Japan’s New Energy Development Organisation (NEDO).

The project, which began at the end of 2014, will replace old inefficient heating systems in 600 homes across Wigan, Bury and Manchester with state-of-the-art air source heat pumps.

The heat pumps compress and condense outside air to generate heat with a much lower carbon footprint than conventional gas-fired central heating. The pumps are connected to a ‘smart community’ grid system which aggregates demand and delivers excess capacity back to the national grid when needed, saving residents money on their energy bills in the process.

As part of the trial, participants are being given a tablet computer to keep them informed about their energy use.

First announced in 2012, the £20 million world-first project has been developed by the Greater Manchester Combined Authority (GMCA) and Japan’s NEDO in collaboration with a range of industry partners, including Hitachi, Daikin, Mizuho Bank and Electricity Northwest.

Also involved are Wigan and Leigh Housing, Northwards Housing, Six Town Housing and their respective councils, the University of Manchester, and the Government’s Department for Energy and Climate Change (DECC) and Department for Business, Innovation and Skills (BIS).

The project is now at its halfway point, with 300 properties fitted with the technology.

“We’re now beginning to see the many benefits of this pilot; helping householders to reduce their energy usage and save money,  and balancing - and consequently reducing demand on - the national energy grid at peak times.”

If successful, the pilot could be expanded across the region, placing Greater Manchester at the forefront of  energy demand response in the domestic sector.

The city region aims to reduce its carbon emissions by 48 per cent by 2020 against 1990 levels. Domestic fuel demand currently accounts for around 12 per cent of its carbon footprint.

“If rolled out across larger areas in Greater Manchester in the future, this project can make a big difference to reducing our carbon [emissions] and helping people save money”, Cllr Derbyshire added.