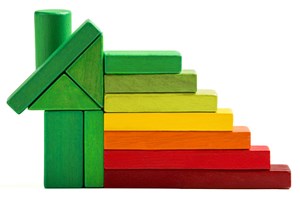 One in five non-domestic properties are expected to be in breach of minimum energy efficiency standards which come into law this April.

From 1 April 2018, it will become illegal to sell or grant a new tenancy lease in England and Wales for a non-domestic property with the lowest Energy Performance Certificate (EPC) rating of F or G.

Under the new Minimum Energy Efficiency Standards (MEES) regulations, landlords have to implement energy efficiency improvements which pass a simple payback period test of seven years or less if their property has a rating of less than E, unless they meet exemption criteria.

Landlords will also need to prove to a qualified surveyor or energy assessor that energy efficiency improvements have been implemented and could face sanctions and fines of up to £150,000 for failing to comply.

It is thought that around 75,000 - one in five properties on the market - currently fall into the F or G category, with many more hovering just above in the E category.

From 1 April 2023, the minimum standards will apply to all existing leases, not just new ones, meaning all non-domestic tenants will be affected within the next five years.

Getting a F or G rated property to an E rating is estimated to cost around £4-16/ft2 using common measures such as lighting upgrades, control systems, HVAC, boiler improvements, and insulation and external fabrication.

The government estimates that businesses have the potential to save £6 billion by 2030 through improved energy efficiency, much of which could be achieved by tenants.

Tenants can argue for capital contribution from their landlord if they conduct improvements as part of their lease agreement.

A guidance document is available to help landlords or tenants determine whether their property is covered by the regulations and what steps they should take to ensure it complies.