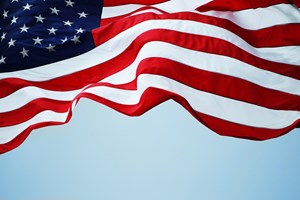 The President’s decision to pull the US out of the global Paris accord has struck a blow to international cooperation on climate change, but business leaders say it will not change their plans.

Donald Trump’s decision to pull the US out of the deal, which was brokered by nearly 200 countries in November 2015 and came into force a year later, was one of his election promises during the presidential campaign.

The Paris Agreement marked the first time both developing and developed nations across the world committed to taking direct action on climate change.

The move, which could take up to three years, means that the US will join Syria and Nicaragua as the only countries that are not party to the agreement.

Key measures of the accord include a legal requirement on every country to review and strengthen individual commitments every five years, and a collective agreement to reach a ‘carbon neutral’ planet during this century.

Out in the cold

Trump had campaigned against such measures, arguing that it would harm the US economy by putting too much regulation on business, particularly on the oil and coal industry.

However, US corporates have thrown their support behind the deal, citing the economic benefits and moral imperative to take action.

Since the announcement, nearly 1,000 investors and businesses have banded together to start negotiations with the UN to fulfil US obligations to the deal independently.

An open letter signed by the coalition - which includes the likes of Adidas, Mars, Nestle, The North Face, IKEA, Unilever, L’Oreal and many other household names - underlines the “significant economic benefits” of taking concerted action to tackle climate change.

“In the absence of leadership from Washington, states, cities, colleges and universities, businesses and investors representing a sizeable percentage of the US economy will pursue ambitious climate goals, working together to take forceful action”, it reads.

In total the coalition represents $1.4 trillion in total annual revenue and many high-profile Fortune 500 companies, suggesting that the transition to a lower carbon economy will continue regardless of public policy in the US or elsewhere.

Speaking in May, Antonio Guterres, secretary-general of the UN, said: “Governments are not the only entities that matter in climate change. We have seen more and more that those who are betting on technologies that allow us to fight climate change will be those that dominate the economy of tomorrow.”