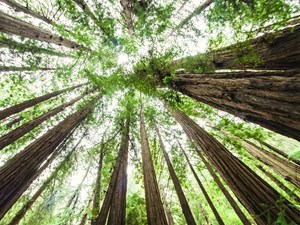 The country celebrated its first Green GB Week in October - here’s a recap of all the notable announcements made during the week.

Running from 15-19 October, the government-backed initiative saw a week of events and activity to promote opportunities that reduce emissions, grow the low carbon economy and protect the environment.

To set off proceedings on 15 October, Prime Minister Theresa May revealed that the government was working on setting a target date for achieving ‘net zero’ greenhouse gas emissions in the UK, despite the unfortunate coincidence of controversial fracking of underground gas reserves beginning in Lancashire on the same day.

Other early announcements from the government included the opening of a planned £18 million Heat Recovery Support scheme for intensive manufacturers, plans for a national competition to design the sustainable ‘house of the future’ in 2019, and a list of ten resources to help businesses reduce their emissions.

Meanwhile, some of the UK’s largest companies, from financial services to high street retailers, unveiled new plans to cut their emissions.

For example, Amazon announced a new deal to power all of its UK buildings with 100 per cent renewable energy, John Lewis Partnership revealed plans to revolutionise its 500-strong fleet of delivery trucks to run on bio-methane by 2028, and Kingfisher - owner of B&Q and Screwfix - announced that it would help its customers to halve water and energy use by 2025.

On 18 October, the government announced eleven winners of a £4 million fund for new innovations that could help to solve the plastic waste crisis.

One of the winners was Manchester-based recycling specialist Axion, which has developed a process to recycle difficult plastics currently sent to landfill, like car bumpers and motorcycle helmets, into plastic pellets for moulding into new products such as bins or cables.

The government also announced it will be investing up to £20 million alongside a further £20 million from private investors in a new venture capital ‘Clean Growth Fund’.