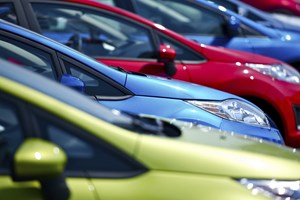 The ongoing emissions scandal that has engulfed the world’s largest car manufacturer has focused the spotlight onto what really lies behind the sustainability claims of major companies.

Since the US launched formal proceedings against Volkswagen on 18 September 2015, the company has suffered a series of major setbacks, with CEO Martin Winterkorn resigning amid the risk of billions of pounds worth of fines across multiple countries.

Shares in the company have plummeted, wiping off around £22 billion of its value in less than two weeks. The company has already set aside $6.5 billion (£4.2 billion) to just deal with the fallout in the US alone.

The so-called ‘defeat devices’ fitted to nearly half a million diesel-fuelled vehicles sold in the US between 2009 and 2015 were designed to detect emissions testing and temporarily increase the efficiency of the vehicle’s catalytic reduction system, seemingly keeping nitrogen oxide (NOX) emissions within legal limits.

However, in non-test conditions, NOX emissions from the vehicles are up to 40 times greater than legal limits.

The company has now revealed that 11 million of its vehicles worldwide have the software installed, including cars from other Volkswagen-owned companies, Audi and Skoda. The number in the UK is estimated to be around 1.2 million.

The revelations are particularly topical in the UK, which has recently been forced to submit plans to the European Commission on how it plans to reduce NOX pollution from transport.

In May 2015, the UK was ruled to be in breach of EU air pollution standards after the Government admitted that some areas, including Greater Manchester and Merseyside in the North West, would be unlikely to comply with legal pollution limits before 2020.

The news that a major car manufacturer may be partly to blame for the UK’s higher than expected emissions may lead to more emphasis on independent regulating and testing in future.

The Department for Transport has already announced plans to run ‘real world’ emissions tests on cars from different manufacturers in the wake of the scandal.

Volkswagen has now been removed from the internationally-recognised Dow Jones Sustainability Index, despite occupying the top position in the automotive sector of the index at the start of September.

Speaking to GreenBiz, Campher argued that voluntary self-reporting from major companies often lacks true environmental accountability. “It’s based simply on what companies [choose to] report on – you make assumptions of complete transparency. Sustainability is littered with this”, he said.

“If sustainability is not integrated into your company outside of your normal sourcing and ethics committees and marketing, this [type of scandal] is going to happen constantly. This is what happens when sustainability is ad hoc.”

Evidence of cheating in environmental testing is already emerging from other industries, with independent lab tests recently finding that Samsung TVs in Europe appear to use less energy during tests than in real-world use.

A spokesperson from the European Commission told The Guardian that it will investigate any allegations of cheating in tests and has pledged to tighten energy efficiency regulations on products.