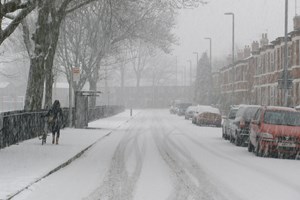 The UK struggled to meet demand for gas at the start of March when temperatures plummeted across the country, with wholesale gas prices soaring to a 12-year high.

Wholesale gas prices soared to 275p per therm on 1 March, compared to an average of 56p in February.

The jump came after National Grid warned that gas supply could not meet demand due to the freezing temperatures from the extreme weather front that has become known as the ‘Beast from the East’.

Although most households will not notice an immediate increase in energy bills because of the way the biggest energy suppliers buy gas in advance, large industrial users were put on alert because of possible disruptions to supply.

The situation has been described by experts as a ‘perfect storm’, with the bad weather coinciding with disruptions to imports and a lack of stored gas after Rough, the UK’s biggest gas storage facility, shut down in 2016.

Gas storage in the UK is now at the lowest level since records began in 2006 and price volatility is expected to continue as North Sea production declines and dependency on imports increases.

Low gas supplies this month will also have a knock-on impact on wholesale electricity prices, with emergency coal power brought online to fill the gap. Homes and businesses are likely to see a rise in bills next year if the disruption continues.

Several groups representing large energy users, including the British Ceramic Confederation, the Confederation of Paper Industries, and the GMB and Unite unions, have signed a joint letter calling on the government to improve the situation.

One way for businesses to insulate themselves from rising gas costs in the long-term is to improve heating efficiency by looking at controls and timing or measures to avoid heat loss, or even invest in heat recovery if feasible.

Posted under Energy Efficiency on 7 March 2018