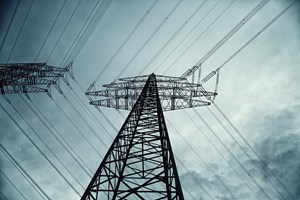 British industry pays on average 33 per cent more for electricity than other European countries. Experts are calling for policy changes, but in the meantime firms must embrace flexible energy use.

The reason for higher electricity prices at home is complex, but in recent years has been particularly driven by the perfect storm of underinvestment in an ageing electricity network and a rapid shift from predictable fossil fuel power to fluctuating power from renewable sources.

The pressure on the network is causing transmission and distribution costs in bills to rise much faster than the costs of green policies or electricity generation itself.

New research from University College London (UCL) shows that major European neighbours such as France, Germany and Italy tend to recover more of these costs from domestic users, allowing them to lower prices for industry. They also benefit from an extensive network of interconnections between states, allowing them to share power to balance out peaks and troughs in demand.

UCL’s blueprint for bringing costs into line with the rest of Europe proposes that the government do more to encourage investment in renewable energy, better coordinate network infrastructure and ensure a Brexit that supports increased interconnection with European power grids.

In the meantime, energy-intensive businesses should plan for the opportunities presented by a more flexible energy system that rewards lower electricity consumption at peak times.

The UCL researchers suggest there should also be a bigger future for Power Purchase Agreements (PPAs), which allow businesses to buy green power direct from producers at a pre-agreed set price.

Although a relatively small market in the UK at present, the proportion of green electricity sourced via PPAs among leading corporations grew fourfold in 2016.

Posted under Energy Efficiency on 7 February 2018