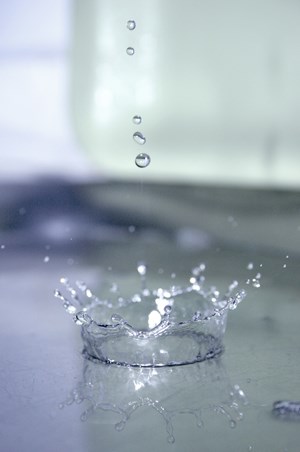 Global water demand from industry is expected to rise by over 4 per cent a year towards 2040, intensifying competition for water and causing regulatory risks for businesses, according to ING Bank.

In a report citing figures from the 2030 Water Resources Group, ING Bank states that countries prone to significant water stress make up 57 per cent of the global economy.

These countries, which cover parts of continental Europe, the Middle East, Asia, and North and South America, are also home to the vast majority of several water-intensive industries, including 88 per cent of coal mining, 80 per cent of textile production and 74 per cent of global agriculture.

Increasing competition for water is therefore expected to intensify in the future in a way that will impact supply chains across the world.

Currently, industry accounts for 21 per cent of global freshwater use - nearly two thirds of which is accounted by the US, Europe and Canada alone. However, demand from industry is expected to rise at a compound rate of 4.4 per cent a year towards 2040.

This growth in demand from industry is expected to be a leading contributor to water scarcity over the next two decades. Total demand for freshwater is set to surpass reliable, sustainable supply by 2023, with the gap rising to 50 per cent by 2040.

Responsible water usage and improved water efficiency in industry will therefore be vital to securing adequate water availability in the future and preventing spiralling costs for water-intensive sectors such as paper, textiles, chemicals, and food and drink.

ING Bank suggests that businesses should also be prepared for the introduction of more stringent regulatory systems for water use in future, such as a pricing mechanism to reflect the true value of water being used.

A free-to-use online tool to help businesses calculate a risk-adjusted water price was launched in September 2015.

A six-step action plan to help companies improve their water usage is also available from the government-backed Water Taskforce.

ING Bank also notes that a third of the world’s largest economies, including the UK, face high to extremely high risk of flooding, a problem that will intensify in the future due to climate change. In these cases, industries in areas at risk need to be prepared for increased flood events.

The flooding from the recent Storm Desmond, for example, is estimated to have caused around £500 million worth of damage in Cumbria.