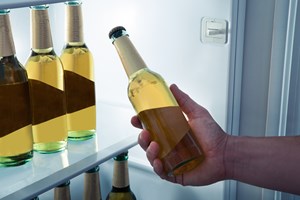 The popularity of the 2018 World Cup is causing huge spikes in power demand in the UK as supporters all reach for energy-using appliances following games and at half-time.

Demand for electricity jumped by more than 500MW at half-time during England’s first game of the tournament against Tunisia on 18 June, equivalent to 23 million fridge doors opening at once “as fans reach for another beer”, according to National Grid.

The spike is known as ‘TV pick-up’ and is caused by huge numbers of people boiling kettles, opening fridges, turning the lights on or using the toilet at the same time.

Speaking to The Guardian, Duncan Burt, director of system operations at National Grid, said: “It’s our job as system operator to balance the country’s supply and demand of electricity second-by-second in real time and transport it from where it is generated to where it is needed.

‘Spikes will get bigger’

“With the increased popularity of catch-up TV, tablet devices and other social changes that have changed the nation’s viewing habits, it’s vital we are able to anticipate these trends and predict how people will behave.

“If England progress past the group stage and into the knock-out rounds, we anticipate these spikes will get bigger and bigger, as more people tune in.”

If England reach the semi-finals, the half-time surge in electricity demand could reach 2,000MW - more than half the generating capacity of the Drax coal power station in Yorkshire, the country’s largest power plant.

The current record for the biggest TV pick-up was England’s World Cup semi-final appearance against West Germany in 1990.

Posted under General Interest on 27 June 2018