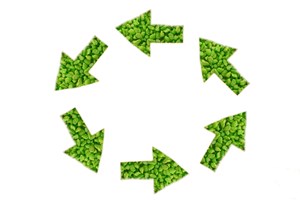 A trial scheme to collect and reuse unwanted medical equipment in Wigan has recycled 759kg worth of used items back into use after just three months.

Waste and resource management firm FCC Environment partnered with Wigan Council to champion the initiative, which aims to reduce losses to the NHS from patients not returning crutches, walking frames, wheelchairs and other used medical equipment.

The NHS spends around £3 million a year on crutches alone, with around 2,500 issued per hospital each year. At some NHS trusts, just one in five are returned.

FCC Environment placed special collection points at three household waste recycling centres in Wigan and encouraged residents to bring in their unwanted but serviceable items for recycling and reuse.

Around 380 items were returned in the first three months of the initiative.

Paul Barton, director for environment at Wigan Council, said: “Many people are discharged from hospital with equipment that is designed to support their recovery or make their lives a little easier, but when that equipment is no longer needed, we wanted to do what we could to bring those items back into serviceable use.

“Providing a collection point at our three recycling centres makes it easier for residents to bring their items in so that they can be put back into service for the good of the community.”

Barry Elder, contract manager at FCC Environment, added: “In the last few weeks alone we have seen a range of items, from walking frames to crutches come in. The items collected to date are all going on for reuse. It’s great to know that they will go on to have a new life, saving the council and NHS money and reducing the amount of material going to waste.”