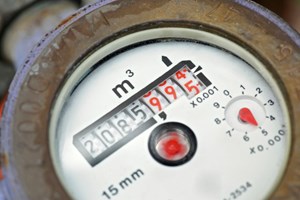 Fewer than one in ten businesses in England are aware that the non-domestic water market will open for competition in 2017, meaning that they can switch suppliers for better deals.

From April 2017, all businesses, charities and public sector organisations in England and Wales will be able to switch their water and wastewater retailer for the first time, creating the world’s largest competitive water market.

Currently only organisations with at least one site that uses more than 5,000m3 of water a year are able to switch supplier, but the new changes will add 1.2 million extra customers to the market.

Businesses will be able shop around for a better price and service package or negotiate a better deal with their existing retailer, much like the electricity and gas market.

However, a national survey from the Consumer Council for Water (CCWater) shows that only eight per cent of eligible businesses are aware of the impending change. Awareness is particularly low among smaller businesses.

Tony Smith, chief executive of CCWater, said: “We do not want businesses to miss out on the potential benefits of competition because they were unaware of these changes.”

When informed that it would be an option, three quarters of businesses told CCWater they would look to negotiate a better deal with their existing supplier, while two fifths said they were likely to switch.

As well as lower prices and better value for money, the open water market is expected to encourage more tailored services from water retailers, such as better water usage data, industry benchmarking and more support to improve water efficiency.

In Scotland, which has had an open water market since 2008, the market has delivered an estimated £40 million worth of improved water efficiency measures for customers, on top of £52 million in price discounts.

According to the CCWater survey, only 46 per cent of businesses in England and Wales believe they receive the advice and support they need from their water company.

Companies are being urged to conduct water audits of their site(s) ahead of the market launch so that they are more aware of their usage and can plan for negotiations with water retailers.

The companies set to benefit most are likely to have multiple sites or operate in high water usage sectors such manufacturing, healthcare, leisure, education, retail and commercial property.

For more information on the new water market, click here.