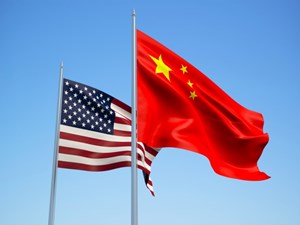 A recent US-China deal to act on climate change will ensure “a much bigger market for investment” in the green economy, according to sustainable asset management firm, Climate Change Capital.

In a secretly negotiated deal revealed earlier this month, China has agreed to peak its emissions by 2030 at the latest and increase its use of low carbon energy to 20 per cent by 2030.

The two countries are the world’s biggest emitters of carbon, accounting for 42 per cent of global emissions between them and have often been accused of failing to take meaningful action to mitigate climate change.

The announcement is therefore welcome news ahead of the UN Climate Summit in Paris next year, where it is hoped a new, legally-binding global agreement on climate change beyond 2020 will be decided.

UK energy and climate secretary, Ed Davey, described the deal as “a clear sign that major economies are serious”.

In an interview with The Guardian, James Cameron, chairman of Climate Change Capital, said the US-China announcement was “hugely significant” for the green economy.

As well as raising hopes of a global agreement between governments, Cameron argued the deal will “encourage other contributions from non-state actors like companies, cities, investors and sub-federal states.

“It will ensure there is a much bigger market for investment in clean energy, energy efficiency, and a whole raft of resource efficiency technologies”, he added.

“Investors will move their money accordingly, and when they do, the ramifications of this will be remarkable.”

Posted under General Interest on 24 November 2014