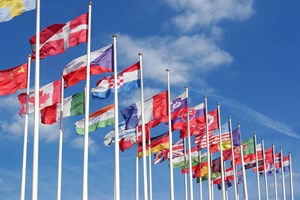 The landmark deal, agreed unanimously by 195 countries at a UN conference in Paris in December 2015, will for the first time see all countries commit to reducing their emissions to tackle climate change.

Core elements of the deal include a legal requirement on every country to review and strengthen their commitments every five years and a collective agreement to reach a ‘carbon neutral’ global economy during this century.

The deal was widely praised by business leaders at the time, with over 400 of the world’s biggest companies signing a joint declaration in support of the agreement.

The five-yearly updates in particular are expected to provide certainty to investors that the move towards a low carbon economy would be supported by successive governments.

Both the US and China announced on 3 September at the 2016 G20 Summit of world leaders that they have now formally ratified the deal, confirming in law that the world’s two biggest emitters will now undertake major measures to decarbonise their economies.

Together, the US and China are responsible for over a third of the world’s greenhouse gas emissions.

Making the announcement in China alongside Chinese president, Xi Jinping, US president Barack Obama described it as a “turning point” for global action.

“Where there is a will and there is a vision, and where countries like China and the United States are prepared to show leadership and to lead by example, it is possible for us to create a world that is more secure, more prosperous and more free than the one that was left for us”, he said.

Nigel Topping, chief executive of the We Mean Business coalition of business groups, said: “The joint announcement between the US and China means that the commitments contained in the Paris Agreement are set to become real laws in major economies.

“The regulatory environment for business is about the change in ways that will define the global economy for decades to come.”

A total of 26 countries have now formally ratified the Paris Agreement. Once 55 countries representing 55 per cent of global emissions have formally approved the deal it will officially come into force, which could happen before the end of 2016 – four years earlier than originally expected.

Other major emitters still to formally ratify the deal include the EU, Russia, India, Japan and Brazil.