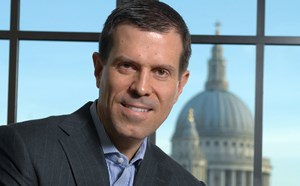 Unilever’s chief supply chain officer argues that there is now ‘no excuse’ for not tackling waste in business, with zero waste set to become a future qualifier for entering the company's supply chain.

In an interview with BusinessGreen, Pier Luigi Sigismondi (pictured) announced that Unilever is likely to increase pressure on its suppliers to eliminate waste going to landfill as part of its ongoing waste programme.

The programme has saved the company €200 million (£143.6 million) to date through reductions in raw and packaging materials and waste going to landfill.

In January 2015, the company achieved the status of zero non-hazardous waste to landfill in all of its 241 factory sites across 67 countries - a feat achieved five years ahead of its original 2020 target.

While Unilever chief executive, Paul Polman, has previously cited action on climate change as a key driver behind the multinational’s decision to eliminate landfill waste from its factories, Sigismondi highlights that the cost-reducing business case for doing so is also now irrefutable in developed countries.

“You quickly identify significant efficiencies”, he said. “[Even] using fewer suppliers led to cost reductions. Every company charges you to collect waste and in the UK we had 40 companies doing that for us. We moved to one and that led to a saving.”

“…We think business as usual is more costly than changing. We want to have advocacy in place so other companies see [change] as an obligation, but with the caveat that it also makes a lot of good business sense”, he added.

‘Qualifier for working with us’

As its zero waste programme evolves, Sigismondi warned that Unilever’s attention will turn away from its internal operations towards influencing change across its substantial supply chain, noting that suppliers that can demonstrate effective waste management hold an advantage over competitors.

“We will invite our suppliers to do the same thing [as us] and we will connect them to our service providers where they need assistance”, he said.

“This will become a qualifier for working with us and I can see it becoming a condition…it is part of the framework of responsible practice.”

In the meantime, Unilever is focusing on its next waste goal: achieving zero waste to landfill for all of its global operations.

“I can’t guarantee we will get to 100 per cent of the countries, which is 190 countries, by the end of the year - but no one has said it is impossible", said Sigismondi.

Posted under General Interest on 18 March 2015