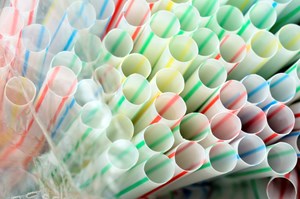 The government has set out a plan to ban the distribution and sale of some single-use plastics by October 2020, in the first part of a wave of policies on plastic to be published this year.

Subject to a consultation, which closes on 3 December, the government plans to bring an end to the existence of plastic straws, drinks stirrers and cotton buds in a bid to protect marine environments.

It is estimated that 4.7 billion plastic straws, 316 million plastic stirrers and 1.8 billion plastic-stemmed cotton buds are used in England every year. Companies will have to use non-plastic alternatives once the ban comes into force, which could be as early as October 2019.

‘Cut off flow at the tap’

Two days after the government’s announcement, the European Parliament followed with a unanimous vote for a similar ban in the EU, which is expected to take effect by 2021. The EU ban would go further by requiring a 25 per cent reduction by 2025 of other single-use plastics where mainstream alternatives do not yet exist - such as sandwich wrappers.

The UK government is also looking at further ways to reduce avoidable waste and recycle more as part of its Resources and Waste Strategy to be published later this year.

In a statement, the government quoted Greenpeace UK political advisor, Sam Chetan Welsh, who urged: “If we are to protect our oceans from the scourge of plastic, the flow of waste needs to be cut off at the tap. And that means the companies producing and selling all this packaging must take responsibility for it and cut down the amount of plastic ending up in our shopping baskets.”

Meanwhile, the UK’s waste and recycling industry is under investigation following allegations of widespread fraud. The Environment Agency is understood to be investigating instances of plastic waste exporters illegally claiming for thousands of tonnes of recyclable plastic waste which might not exist, or is contaminated with non-recyclable items.

Around two thirds of the UK’s plastic packaging waste is currently exported to other countries for processing and recycling, although proving what actually happens to the waste after it leaves the country is difficult.

A recent Greenpeace investigation discovered plastic waste from the UK at several illegal dump sites in Malaysia, fuelling fears that the UK is simply exporting its waste problem to developing countries without the capacity to deal with it.