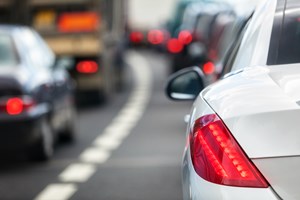 In a landmark victory for green NGOs, the Supreme Court has ruled that the UK is in breach of EU pollution standards and must submit new plans to reduce nitrogen dioxide (NO2) pollution from transport.

The decision, which comes shortly after a major air pollution spike hit the UK for the second year running, will force UK ministers to submit stricter air pollution plans to the European Commission by December 2015.

The new plans are likely to primarily affect diesel vehicles – a major source of NO2 pollution.

The case was brought to court by NGO ClientEarth after the Government admitted that some areas, including Greater Manchester and Merseyside in the North West, would be unlikely to comply with legal air pollution limits imposed by the EU Air Quality Directive before 2020.

Delays in compliance risk European Commission fines of £300 million, but this pales in comparison to the economic impact of air pollution in the UK, which has recently been estimated by the World Health Organisation (WHO) to cost some £53 billion per year.

Alan Andrews, a lawyer at ClientEarth, said: “Air pollution kills tens of thousands of people in this country every year. We brought our case because we have a right to breathe clean air and the Supreme Court has upheld that right.

“The next Government…is now legally bound to take urgent action on this public health crisis.”

Ellie Watson, an environment lawyer at Pinsent Masons, highlighted that the ruling was a cost savings opportunity for “savvy firms”.

“UK Government will now have to act fast to cut nitrogen dioxide levels to avoid hefty fines”, she said.

“For business, this will inevitably mean more stringent regulation, but savvy firms will translate investment into low emission vehicle fleets and ramped up green travel policies into cost savings and PR benefit.”

The landmark ruling is also likely to have repercussions across the rest of the EU, with 16 other member states also exceeding air pollution limits.

Posted under General Interest on 8 May 2015