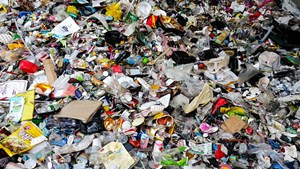 The UK has announced its support for the EU’s forthcoming circular economy package, which will mandate higher recycling targets, and will explore ‘even more ambitious targets’ post-Brexit.

The draft package of EU regulations aims to encourage more resource efficiency and less waste across all member states and is due to come into law this year.

The final package includes new recycling targets for member states, including a 55 per cent target for municipal waste by 2025, rising to 60 per cent by 2030 and 65 per cent by 2035.

The UK is currently set to miss its existing target of 50 per cent by 2020, so significant reform will need to take place if the new targets are to be hit.

Packaging waste is one area where UK progress has been stagnating - recycling levels actually reduced between 2015 and 2014.

The circular economy package will also mandate a target to cut waste to landfill to just 10 per cent by 2035. This will require the UK halving its current landfill rate.

The UK will pass the new regulations into domestic law as part of its EU Withdrawal Bill. In a new statement, Defra has suggested that domestic measures could go even further.

“We will explore whether even more ambitious targets can be developed that will further increase recycling in the UK, over and above those proposed by the EU. Should they be preferable, the UK government will present proposals to the UK parliament following the UK’s departure from the EU.”

If the higher recycling targets are to be achieved, experts have pointed out that measures will have to be put in place to increase business demand for recycled materials.

This is especially vital given that China - the UK’s biggest export market for recycled waste - has implemented a ban  on foreign waste imports.