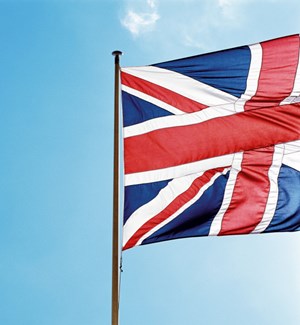 The UK and India have agreed a package of clean energy investments worth over £3.2 billion as part of Indian Premier Narendra Modi’s three-day state visit to the UK in November.

It is the UK’s second international clean energy agreement in the last month, after a similar package was agreed with China during President Xi Jinping’s recent state visit.

The agreement includes a new £10 million joint research collaboration into new clean technologies, with the Prime Minister stating that the two countries wanted “UK and Indian scientists to work together to develop the low cost, low carbon energy that’s vital for the future”.

The trade agreement also welcomed a £2 billion investment by British firm, Lightsource Renewable Energy, to install and manage 3GW of solar power infrastructure in India over the next five years.

India aims to install 100GW of solar capacity by 2022 and hopes to drive $100 billion (£66 billion) worth of investment in solar projects across the developing world by 2020.

Nick Boyle, chief executive of Lightsource Renewable Energy, said the deal would create around 300 jobs and £42 million of revenue in the UK.

“The Government in India has ambitious plans to electrify India and Lightsource will contribute significantly to that goal”, he said.

India’s ambitious plans for solar power are also matched by its support for energy efficient lighting, with a strategy being put in to replace all conventional streetlights in India with LEDs by 2017.

The move will reportedly save India £581 million per year and strengthens a recently-launched global campaign to replace all streetlights with LEDs.

Also included in the bilateral agreement is a five-year partnership to use UK technological expertise to develop three smart cities in India, and a joint venture to invest £200 million in renewable energy and energy efficiency projects in India and Africa.

With UN negotiations in Paris approaching, David Cameron also stated that India and the UK “agreed on the vital importance” of securing an ambitious global deal on climate change.

Modi added: “I am pleased with the progress in our cooperation in clean energy and climate change involving our governments and the private sector. This is an area of immense importance and it offers enormous opportunities.”

Posted under General Interest on 17 November 2015