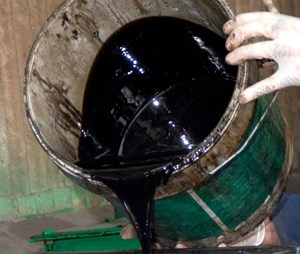 Sentencing guidelines for environmental offences that came into force for magistrates in 2014 have already resulted in tougher fines for businesses, according to environmental lawyers.

The guidelines mean that magistrates and judges must explicitly take into account a company’s ability to pay fines as well as the level of culpability and harm caused in every offence. As a result, the level of fines has increased, particularly for large companies, for which no maximum fine is set.

Jill Crawford, chair of the environmental litigation working party for the UK Environmental Law Association (UKELA), said the guideline “allows courts to reach consistent judgements that reflect the pollution risk and actual harm that affect our air, land and water.

“For the largest organisations and the most significant environmental crimes, unlimited fines and custodial sentences of up to five years may be awarded. This provides a very real incentive to those who take their obligations seriously to make sure their risk management and corporate culture respect the environment.”

One of the first landmark cases since the guidelines came into force into July 2014 saw Thames Water fined £250,000 for polluting a nature reserve. The company unsuccessfully appealed against the sanction and the court gave a strong warning to other large companies about the risks of offending.

According to ENDS, fines for water companies alone may have increased by as much as three times.

In an interview with ENDS, Jon Cooper, partner at law firm Bond Dickinson, said that the guidelines highlighted the need for businesses to demonstrate sound management of their environmental impacts.

“The Court of Appeal has made absolutely plain that environmental breaches will result in very significant penalties”, he said.

“The guidelines have had the effect of concentrating the minds of organisations on the importance of environmental management because of the very high level of fines they can be subject to and the reputational damage this can cause.”

Posted under Environmental Regulations and Legislation on 4 August 2015