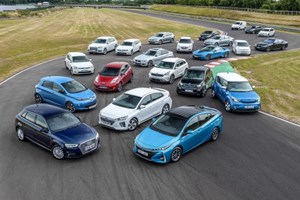 The number of firms pledging to switch their fleet to electric is continuing to grow, while several car manufacturers have launched scrappage schemes to help owners move away from diesel.

More than 100 organisations across the UK are now part of the Go Ultra Low Companies initiative by pledging that electric vehicles will make up at least 5 per cent of their fleets by 2020.

Signatories from the North West include Greater Manchester Fire and Rescue and Manchester Metropolitan University.

Several companies on the list aim to exceed the target before 2020. For example, bank Santander aims to switch 10 per cent of its 1,400-strong UK fleet by 2020.

Poppy Welch, head of government-backed Go Ultra Low, said: “The UK government wants every new car and van in Britain to be ultra-low emission by 2040, and the corporate sector has a huge role to play in achieving this goal.

“Forward-thinking organisations are well on the road to emission-free and low-cost motoring, taking significant numbers of electric vehicles onto their fleets, learning where they are fit for purpose.”

The problem of ‘range anxiety’ is increasingly becoming less of a concern as charging points are rolled out across the country and apps such as MyRouteMonkey help to plan journeys that take into account charging.

According to data from the Society of Manufacturers and Motor Traders (SMMT), 65 per cent of new car registrations by private and public sector organisations in the first half of 2017 were electric.

From September 2017 all new models of diesel and petrol cars have to pass stricter emissions tests to counteract the ‘dieselgate’ scandal, where some manufacturers were found to be cheating lab tests.

Ford, Toyota, Nissan, Kia, Renault, Volkswagen, Mercedes-Benz and BMW are among the companies that have announced temporary extra money-back deals for trading in older vehicles.

The government is also due to launch a consultation later in 2017 on measures to support motorists and businesses through subsidised car club memberships or a specific government-backed scrappage scheme.