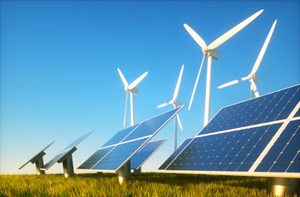 With the Autumn Budget confirming that no new money is likely to be made available for renewable energy until at least 2025, businesses have a shrinking window to make the most of subsidies.

Green highlights from the 2017 Autumn Budget included new funding and grants for electric vehicles and the potential for a tax on single-use plastics, but new money for clean energy did not materialise.

Instead, buried in the Budget is confirmation that the Levy Control Framework, which controls the amount of public subsidy available for renewable energy projects - including the popular Feed-in Tariff (FiT) programme for small-scale installations - is being replaced.

The government has been under pressure to keep the cost of green levies on consumer energy bills as low as possible.

Under the new framework, no new subsidies will be introduced “until the total burden of these costs is forecast to fall in real terms”, which the government does not expect to happen until 2025. This does not include existing commitments, such as the £557 million promised for large-scale energy projects in the government’s recently-published Clean Growth Strategy.

It means that there is likely to be no new money made available for small-scale projects, such as rooftop solar installations, after the FiT programme expires in April 2019 - although the government has not ruled anything out.

The government believes that less support is required for mature technologies where costs are falling fastest, such as onshore wind and solar, and is instead focusing on offshore wind - where it hopes to triple capacity by 2025.

Posted under Energy and Renewables / Environmental Technologies on 6 December 2017