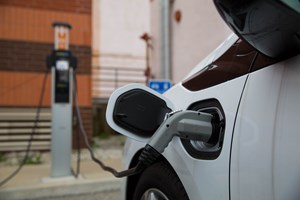 The government has launched a plan for at least half of all new cars to be low emission by 2030 through bigger grants and a push for more public and private charging points.

The government has previously set a goal to ban the sale of new petrol and diesel vehicles by 2040.

To help progress towards this goal, a new Road to Zero Strategy sets out the ambition for at least 50 per cent of new cars and up to 40 per cent of new vans to be ‘ultra low emission’ by a decade earlier.

This will be achieved through a “massive expansion of green infrastructure” funded by the government, including:

The roll-out is complemented by a new Autonomous and Electric Vehicles Act which will ensure that all public chargepoints are standardised and compatible with every vehicle.

The strategy is ‘technology-neutral’, with no plan to ban particular technologies like hybrid engines.

Chris Grayling, secretary of state for transport, said: “The coming decades are going to be transformative for our motor industry, our national infrastructure and the way we travel.

“We expect to see more change in the transport sector over the next ten years than we have in the previous century.”

However, the government has been criticised for its lack of action against carmakers that have cheated emissions tests and faced calls to move the ban on petrol and diesel vehicles forward to 2030.