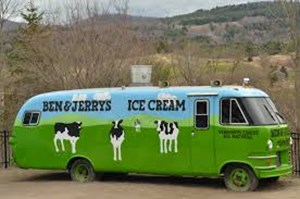 New research shows that businesses that pursue a B-Corp model, which puts profit on par with environmental and social impact, are growing much faster than traditional companies.

A B-Corp company is one that requires by legal articles of association that its actions must drive positive social and environmental improvements as well profit.

It is a growing trend, with more than 2,400 certified B-Corps operating around the world, including well-known brands such as Ben & Jerry’s ice cream and Pukka Teas.

For example, Ben & Jerry’s overall mission is “to make the best product we can, be economically sustainable, and at the same time create positive social change.”

B Lab, a non-profit organisation that certifies B-Corp status, has revealed that B-Corps achieved an average year-on-year growth rate of 14 per cent in 2017, eclipsing the 0.5 per cent growth rate of the rest of the economy.

Fast-moving consumer goods (FMCG) companies are performing even better, with an average growth rate of 21 per cent a year.

B Lab says the growth is driven by two key factors: an increase in customers who want to shop ethically; and B-Corps’ ability to recruit and retain talented staff who want to work for a brand with purpose.

The desire to put a sense of purpose at the heart of a business seems to be a growing trend amongst SMEs.

In a recent survey of 100 SME owners in Britain, “making a difference in the world” was identified as the most common driver for adopting sustainable business practices, above more traditional concerns such as competitive advantage.

Posted under General Interest / Food and Drink on 7 March 2018