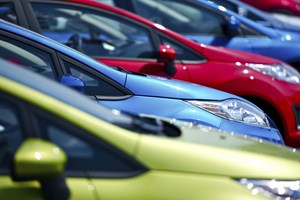 With a government consultation closing on 15 June, changes are on the horizon for diesel vehicles and businesses are being encouraged to plan for the future.

In recent years, consumers and businesses have been incentivised to buy diesel-powered vehicles because they generally emit far less CO2 - the primary contributor to climate change - than an equivalent petrol engine.

However, the focus on CO2 has resulted in other emissions, namely nitrogen oxides (NOx), going under the policymakers’ radar.

NOx, along with associated particulate emissions, are the single biggest contributor to urban air pollution, which causes thousands of early deaths in the UK every year.

Even the most recent diesel vehicles on the market emit ten times more NOx than petrol equivalents.

Defra, the government department responsible for air quality, has divided the country into 43 air quality zones, and 37 of them – including Greater Manchester – are failing to comply with legal limits.

The government is currently consulting on its latest plan to tackle the problem, which focuses on the introduction go a raft of ‘Clean Air Zones’ in urban centres and around major roads.

These zones would tackle pollution in designated hotspots on major roads or in town centres, and may or may not include charging certain vehicles or banning them at certain times of the day.

Companies with diesel vehicles in this range that do a lot of intra-city travel are being encouraged to look at alternatives to avoid future restrictions, reduce costs and improve environmental performance.

For companies that do a lot of short-distance, urban driving – ultra low emission and electric vehicles are now more attractive than ever.

As well as lower tax, eligible vehicles qualify for a 100 per cent first-year tax allowance. Capital grants are also available for cars and vans, as well as workplace electric vehicle charging infrastructure.

This is an excerpt of a longer blog by the Business Growth Hub. To read the full version, click here.