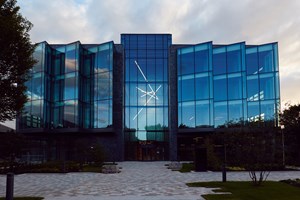 MSP runs a number of business tech campuses across Manchester and Cheshire, covering over two million square feet in total.

The operator has decided to restructure an existing finance deal by committing to a series of ‘green covenants’ as part of its “long-term legacy” with Manchester’s CityVerve smart city project.

“In supporting Manchester’s knowledge economy, we are committed to doing so responsibly by offering facilities that are sustainably built and operated”, said Tom Renn, managing director.

“One of the many ways which MSP does things differently is that we continuously look to new, innovative ways of working with investors and improving how we operate.”

The green covenants form part of a three-year £50 million funding package provided by Lloyds Bank - the first of its kind to be in the North West.

They include committing to spend more than £600,000 on sustainable improvements to MSP’s existing estate, cutting the annual energy intensity of all its assets by 3.5 per cent a year, and increasing the amount of renewable energy its building use by 10 per cent.

Allan MacKenzie, head of Scotland & the North for Lloyds Bank Commercial Real Estate’s Private Groups team, said: “MSP is tackling environmental challenges head-on and we’re pleased that we can enable it to have an even greater impact as part of its debt refinancing.