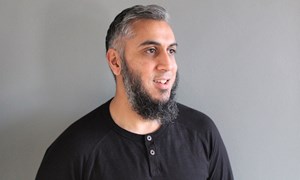 Bolton company Energi Mine has raised £12 million in its initial pre-sale of a pioneering bitcoin-like currency that could revolutionise the way energy efficient behaviour is rewarded.

Energi Mine is an energy trader that buys and sells energy on behalf of large businesses across Europe.

However, it has now branched out into the rapidly growing market for Bitcoin-like ‘cryptocurrencies’ with the creation of ‘Energi Tokens’.

The idea is to build a digital platform where consumers can be rewarded tokens for energy saving behaviour by their service providers.

Like Bitcoin, the aim is for Energi Tokens to have a cash value so they can be sold by the owner online, but unlike Bitcoin they could also be used directly for energy services such as paying bills or using electric vehicle charge points.

Energi Mine launched a pre-sale of tokens online in December to early investors and has now raised £12 million.

"Since September, our team has travelled the globe talking to governments, corporations and the general public to make them aware of our scheme to reduce global energy consumption. The hard work starts now.”

To help launch the cryptocurrency worldwide, Energi Mine now intends to open offices in Japan, South Korea, Germany and the US later this year.

Energi Mine came runner-up for Best Start-Up at Venturefest Manchester 2017 and is working alongside the Greater Manchester Business Growth Hub on other green tech projects.

Posted under General Interest / Energy and Renewables on 7 February 2018