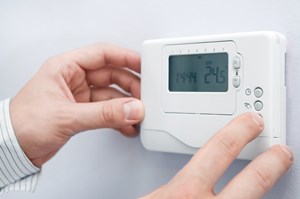 The survey of 381 energy management staff, compiled by edie, details the energy efficiency priorities of the public and private sectors over the next 12 months.

Despite lower wholesale energy prices, the survey reveals that the number of companies that are ‘very committed’ to energy efficiency is still increasing year on year. This suggests that other issues beyond just cost savings, such as reputational risk and reducing environmental impacts, are becoming prime drivers for energy management.

This is particularly the case for companies supplying into the public sector, with the survey confirming that public sector organisations are significantly more likely to act on the environmental impacts of their supply chain than their private sector counterparts.

Lower energy prices are also likely to free up money for new investment, with the report arguing that it is a prime time for companies to invest in energy efficiency to reduce exposure to the future price rises predicted by Government.

According to the survey, energy efficient lighting is set to maintain its position as the most popular technology for achieving energy efficiency, with 76 per cent of respondents reporting it as a key focus for this year.

This marks a notable rise in interest in EMS, with only 47 per cent prioritising it in 2014, suggesting that companies are becoming increasingly interested in system-wide approaches to energy efficiency rather than individual one-off measures.

Sarah Beacock, skills and capability director at the Energy Institute, said: “It is encouraging to see that more organisations see themselves as being more committed to energy efficiency than ever.

“The edie survey tends to target those who are already well on the road of their energy efficiency journey and their commitment is obviously growing as their results and success increase.”

Respondents reported that their biggest perceived barrier to implementing energy saving measures was funding, despite recent research into this area finding that reasons for failing to take action are often far more complex.

A new practical guide to energy efficiency for SMEs, published by the Department of Energy and Climate Change in March 2015, is available here.

Posted under General Interest on 24 April 2015