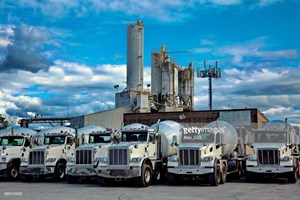 The environmental impacts of supply chains have rocketed up the corporate agenda in the last decade, with major companies now requiring improved performance from thousands of suppliers.

With greenhouse gas emissions in supply chains on average 5.5 times larger than a company’s direct operations, a new report by CDP - a non-profit global environmental disclosure platform - has revealed a step-change in corporate action in recent years.

In 2018, 115 of the world’s biggest companies wielding a combined purchasing power in excess of £2.5 trillion requested environmental data from more than 5,500 key suppliers. This is an increase from just 19 corporates just ten years ago.

The pressure on supply chains contributed to emissions reductions of 633 million metric tonnes of CO2 in 2018 - greater than the emissions of South Korea. The action also led to collective cost savings of £15 billion.

The research shows that for some big buyers, sustainability is now a major factor in their purchasing decisions. Nearly three quarters of a subset of 27 major purchasers answering a CDP survey said they were either currently deselecting, or considering deselecting, existing suppliers based on their environmental performance - up from just 4 per cent a decade ago.

Sonya Bhonsie, global head of supply chain at CDP, said: “In the ten years that we have been working with purchasing organisations we have seen a fundamental shift in expectations around business action on sustainability.

“Leading purchasers are using disclosure to push positive change down the supply chain, with data playing an increasingly important role in their decision-making. Those suppliers failing to act sustainably may increasingly see it impact their bottom line.”

Posted under General Interest on 20 February 2019