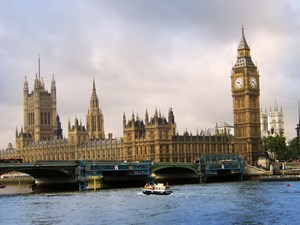 Unless the government makes quick-fire announcements before election campaigning begins, it is likely that eagerly anticipated emissions reduction and air quality policies will be delayed.

The surprise election means that purdah - the period before an election where government is unable to make major policy announcements - will start in May.

In effect, this freezes action on a number of environmental areas where the government was expected to make significant imminent announcements.

Any policy announcements that are not made before purdah begins are likely to be delayed until autumn 2017 due to Parliament’s traditional summer recess after the election.

Key policies yet to be announced include the government’s long-awaited emissions reduction plan, which will provide businesses with details on how energy efficiency, renewable energy and sustainable transport will be supported by government over the coming years.

The government has previously recognised that new policies will be needed to sustain the UK’s current progress on reducing emissions through the 2020s.

The air quality action plan will cover new measures to reduce transport emissions in urban areas, which may include a number of special Clean Air Zones to reduce traffic in city centres and a national scrappage scheme for older diesel vehicles.

In November 2016 the High Court ordered the government to release a draft for public consultation by 24 April, however the government has now asked for an extension that would allow it to publish the plan in September.