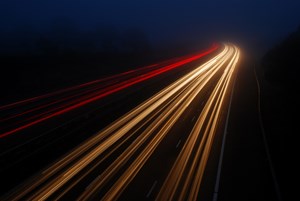 The Low Carbon Vehicle Partnership (LowCVP) is inviting up to six SMEs to participate in a Parliamentary Reception in March to demonstrate their contribution to a low carbon transport future.

The chosen SMEs will be able to showcase their plans at the House of Commons to a selected audience of MPs, public policy makers and leading representatives from the road transport industry.

There will also be an exhibition of UK companies that are leading the way in low carbon road transport innovation.

SMEs from any part of the vehicle and transport fuel supply chain may apply for a place.

The LowCVP is co-hosting the reception on 9 March as part of the launch of a new report on the economic impact of low carbon vehicles in the UK, commissioned by the European Climate Foundation.

The LowCVP was established in 2003 to accelerate the shift to lower carbon vehicles and fuels and is made up of around 170 organisations.

The drive to expand UK development in low carbon transport has experienced a step-change in recent months.

In October, the Government announced £22 million in new funding for low carbon vehicle technologies, shortly before unveiling a new £1 billion Advanced Propulsion Centre at the University of Warwick to support research and development.

Meanwhile, the number of electric and plug-in hybrid vehicles on UK roads more than quadrupled in 2014, according to the Society of Motor Manufacturers and Traders (SMMT).

The application deadline for the reception is Friday 23 January. To submit a nomination, click here.