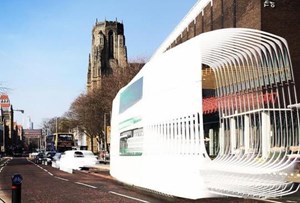 A European-funded project taking place in Manchester and two other European cities has helped Manchester’s universities to transform their vehicle fleets and lend electric bikes to local businesses.

The University of Manchester and Manchester Metropolitan University have been able to use electric vehicle technology as part of the Triangulum project, a partnership between Manchester, Eindhoven in the Netherlands, and Stavanger in Norway.

The project, first announced in 2014, is piloting ‘smart green growth’ concepts that boost the city economy whilst reducing carbon emissions, such as renewable energy and storage, intelligent energy management in buildings and electric vehicles.

To date, the University of Manchester has changed seven of its diesel operational services vans for electric vehicles.

Meanwhile, Manchester Metropolitan has added two 30KW electric cars to their car share scheme, allowing more staff to use low carbon transport options for business journeys and leave their own car at home.

Many mail deliveries to Manchester Metropolitan are now made by electric bike, while electric cargo bikes have also been made available to local businesses on a free trial.

Data gathered from usage of the electric vehicles and e-bikes is being used to develop to a greater understanding of mobility in the city.

The leader of Manchester City Council, Sir Richard Leese, said: “Manchester needs to generate growth and create more jobs, but we need to do that in a way that is environmentally sustainable.

“Using new disruptive technologies and sharing knowledge is the most effective way to achieve that - and being a ‘smart city’ is Manchester’s future.”

A short film about the project’s work in Manchester is available here.