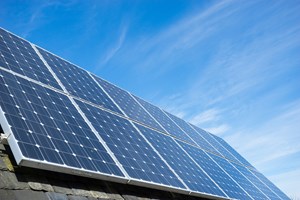 Two surveys of around 1,000 Federation of Small Businesses (FSB) members in 2015 and 2016 have revealed that energy is becoming a key focus area for small businesses.

More than one in ten (12 per cent) now generate their own energy, mainly using solar panels. Nearly three in five (58 per cent) have also made changes to improve their energy efficiency, focusing particularly on lighting improvements, switch off/turn down policies and improved insulation.

“With the right support, they can play a critical role in helping the UK reach its green targets and shore up [energy] supply.”

However, only 33 per cent believe that their energy efficiency savings will offset the increasing cost of energy. The majority (86 per cent) believe the UK is too reliant on imported energy and list security of supply as their biggest energy concern (60 per cent).

Making it easier and more attractive for small firms to invest in energy efficiency and on-site energy generation is therefore crucial, the FSB argues.

It has used its findings to publish a new report outlining how the government’s forthcoming emissions reduction plan should include specific measures to empower businesses in this area.

“Brexit raises yet more questions about the UK’s future power supply. Infrastructure costs must be shared out equitably, with small firms playing a pivotal role in securing Britain’s energy future.”

The FSB’s findings are backed up by a separate report from global financial solutions provider DLL, which argues that developing an energy-aware management culture is key to future success for SMEs.

The report shows how SMEs can survive and thrive by focusing on the energy mantra of ‘reduce’, ‘generate’ and ‘store’.

‘Reduce’ asks enterprises to look at the huge and often ignored savings to be made through energy efficiency investments. ‘Generate’ then looks at the potential of on-site renewable generation. Finally, ‘Store’ looks at the emerging trend of battery technology and how companies may soon be able to benefit.

DLL argues that the three together represent the ideal future scenario for UK business.

Jonathan Evans, country sales manager, healthcare and clean technology at DLL, said: “When it comes to energy, too often we see misperceptions around affordability and a lack of big-picture planning stopping businesses making hugely beneficial investments.

“We always advocate starting by looking at energy efficiency, but this paper is about helping CEOs to think strategically about their broader energy future to inform investment decisions now.”