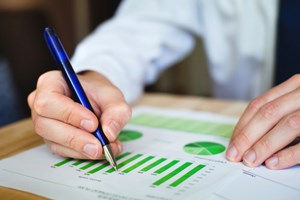 Siemens aims to be the world’s first major industrial company to achieve a net-zero carbon footprint by 2030 through investments in energy efficiency, new technologies and carbon offsetting.

The multinational company, which has regional bases in Manchester, Cheshire and Cumbria, plans to cut its carbon emissions in half by 2020 before reaching the final goal a decade later.

With a carbon footprint that currently stands at around 2.2 million tonnes of carbon dioxide equivalent (CO2e) a year - well over twice the total carbon footprint of every home in Manchester combined - the ambitious objective requires substantial investment in energy efficiency and carbon saving initiatives.

However, Siemens expects to recoup its investment quickly and achieve millions in cost savings.

The company’s planned investments of €100 million (£74 million) over the next three years to reduce the energy footprint of its production facilities and buildings is expected to save around €20 million (£14.7 million) a year in cost savings.

Joe Kaeser, president and chief executive of Siemens, said: “We hope to demonstrate to other companies that cutting your carbon footprint is not only possible, but profitable. With today’s software and technology, it’s easier than ever before to increase efficiency.

“While this plan requires a substantial investment, it will pay off quickly. In fact, we expect our €100 million investment to pay for itself in just five years. In other words, cutting your carbon footprint is not only good corporate citizenship, it’s also good business.”

As one of the world’s largest producers of energy efficient and clean technology, Siemens is a leader in the fast-growing low carbon and environmental goods and services sector.

In 2014, its environmental portfolio of products and services generated sales of €33 billion (£24 billion) - 46 percent of the company’s total revenue.

Its €100 million investment in facilities and buildings will include measures such as better energy management systems, energy efficient lighting upgrades, automation systems and energy efficient drives for production processes.

The company will officially launch its carbon reduction programme in 2016, which will set out clean technology investments of €40 million (£29 million) at 15 different manufacturing locations worldwide, including the US, UK, Germany, China and Brazil.

The company also intends to systematically upgrade its 45,000-strong global car fleet to more fuel-efficient and low emission models, as well as invest in ‘e-mobility’ alternatives to travel.

Lastly, Siemens plans to increase its use of onsite energy generation and storage by investing in solar, wind, efficient gas turbines, smart grids and energy storage solutions. To make up for the emissions that cannot be avoided in the near-term, the company will invest in carbon offsetting initiatives such as reforestation efforts.

“I do not want to make this effort sound simple”, said Kaeser. “This requires major support at all levels of the company, particularly at the board level. It requires that we take a longer-term view when it comes to investment decisions. [But] we have the technologies, we have the business incentive, and we have the responsibility.”

With landmark international negotiations on climate change now on the immediate horizon, Siemens is just one of several large multinationals that have made green pledges in recent weeks.

The RE100, a group of companies aiming to be 100 per cent powered by renewable energy, now counts Goldman Sachs, Johnson & Johnson, Nike, Proctor & Gamble and Starbucks among its recent recruits.