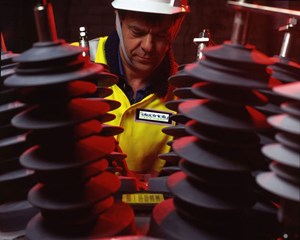 Insider Media has teamed up with Electricity North West for a regional business survey to find out what is holding companies back from investing in low carbon energy.

The 13-question survey aims to get views from businesses in the region on their energy priorities and future development in low carbon energy.

The survey is also interested in business’ opinions on the bigger picture in the UK when it comes to energy, including how confident companies are in the UK’s energy strategy and how energy will play a role in the Northern Powerhouse.

The government’s recently proposed Industrial Strategy aims to take the UK energy system in a new direction, focusing on energy affordability and emerging technologies such as electric vehicles and energy storage.

A long-term roadmap to help minimise energy costs for businesses and improve energy efficiency is expected later in 2017. This emissions reduction plan will set out new policies for clean energy, renewable heat and transport, as well as energy efficiency taxation.

Meanwhile, the Northern Powerhouse agenda has previously been criticised for its lack of involvement in energy infrastructure.

A 2016 report from the Aldersgate Group of business leaders concluded that clean energy and the wider green economy should be a priority for the Northern Powerhouse.

The energy survey should take no more than two minutes to complete. Click here to take part.