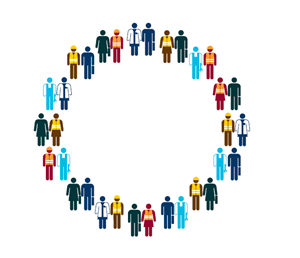 A new report argues that improving resource efficiency and growing a circular economy in the UK could make a significant contribution to job creation across the country, particularly in the North of England.

The research, published by the Waste and Resources Action Programme (WRAP) and think tank, Green Alliance, focuses on the scope for the ‘circular economy’ to create employment across the UK.

It found that if the UK continues on its current trajectory for improving resource efficiency, total employment in ‘circular economy activity’ - broadly defined as recycling, remanufacturing, and reuse - could rise from 462,000 jobs in 2012 to 667,000 by 2030.

In total, the net employment created by this growth is estimated to be around 54,000.

Significantly, the report notes that the greatest impact on job creation will be felt in regions with the highest unemployment, such as the North of England.

According to the research, the North West region alone has the potential to create some 8,500 net jobs by 2030 through circular economy activity, over 15 per cent of the forecast growth across the UK.

However, the report also points out that under a scenario of increased policy support, the benefits would be far greater, with the potential to create over half a million jobs by 2030.

This would reduce net unemployment by over 100,000 and offset around 18 per cent of the expected losses in skilled employment over the period.

Liz Goodwin, WRAP chief executive, said: “This report is the first of its kind that pinpoints exactly who, what and where could benefit from the implementation of the circular economy.

“This signals a major new opportunity for Britain’s economy, and could deliver jobs where they’re needed the most.”

Matthew Spencer, director of Green Alliance, described the findings as a “tantalising prospect” but added that new policy drivers and a championing of the agenda across the EU would be needed for the circular economy to reach its true potential.

The full report can be downloaded here.